In the 1970s, anybody who questioned the military regime in El Salvador was an e… 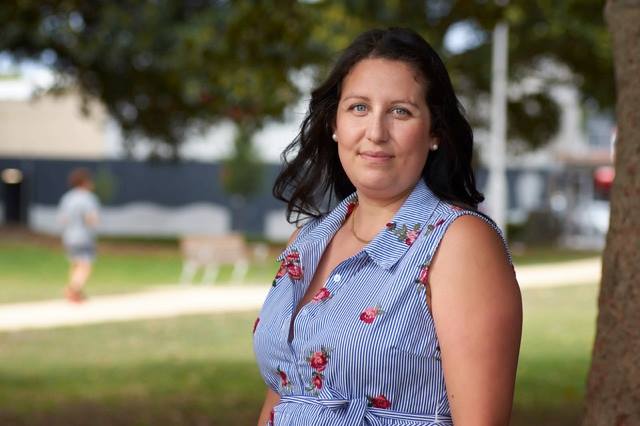 In the 1970s, anybody who questioned the military regime in El Salvador was an enemy of the state. So one day my parents were uni students sitting around over a cup of coffee and then all of a sudden, they were considered insurgents. And they did what I guess anybody would do when all your friends start disappearing which is you grab a rifle and you go and hide in the mountains.

The military regime finally fell in ’81 so a lot of people thought that that meant peace and they started doing what my parents did, which was to start a family. Unfortunately, before I was born my parents were again sought by the regime and they had to flee El Salvador.

As a result, I was born in Nicaragua. Then, when I was 6 months old, my parents left me with my grandmother in El Salvador, because they decided that it wasn’t safe for me to be with them. And in case they didn’t come back, my grandmother thought it was best to say she was my mother. Finally, when I was about 3, two complete strangers showed up at our doorstep saying, ‘We’re your parents and we have to go because we’ve just been granted political asylum in Sweden.’ There was even an armored vehicle outside waiting to take us to the airport. I don’t remember the trip because they gave me valium so that I wouldn’t wake up and scream for my mum, but all of a sudden, I was in this really weird and cold place with these people I didn’t know.

It took me a long time to get used to the changes. I still remember my first day at daycare – they were pressing my head against a pillow to try and show me that it was nap time, and I was crying because I couldn’t understand Swedish. And it took time to get used to having my parents as my parents again. Plus I had an older sister as well, who I clashed with like there was no tomorrow! It was also difficult for my parents to adjust to their new lives, especially my father, and unfortunately they ended up separating.

Back then, all children that came from war zones would get ongoing treatment by a child psychologist. They would assess me by watching me play in these sand boxes and a lot of my play had to do with people separating. For example, I would dig figures under the sand and say that they were gone. These memories are still traumatic for me. It’s ironic that now I’m living in Australia, separated from my family again!

I met my husband while I was on an exchange program in Spain. His story is very, very different from mine. His parents live down the road in Altona, his grandmother lives a couple of houses further up, and his sister is on the other side of the road. And everyone is very close and in long term marriages.

It’s funny seeing your kids grow up. I mean, when I was my eldest’s age, I had already had three sets of parents—my first parents, my grandparents, and my first parents again. And I still have flashbacks from the war, like when I saw a dead person for the first time and my grandmother said he had just fallen asleep in the gutter and that it wasn’t blood, it was paint.

My kids have so much that I didn’t and I guess that’s the whole point of the next generation – you give what you didn’t have yourself. My parents didn’t have freedom and they gave that to us. And I’m giving my kids what I couldn’t have, which is stability.

My mother often comes to visit and it’s quite emotional for her to see my eldest son because he’s very similar to me in manner and facial features, and he’s exactly at that age that she missed for me.

For her, it’s almost like a chance for her to get that lost time back.