In my mum’s time, it would have been tricky for a girl to spend a lot of time be… 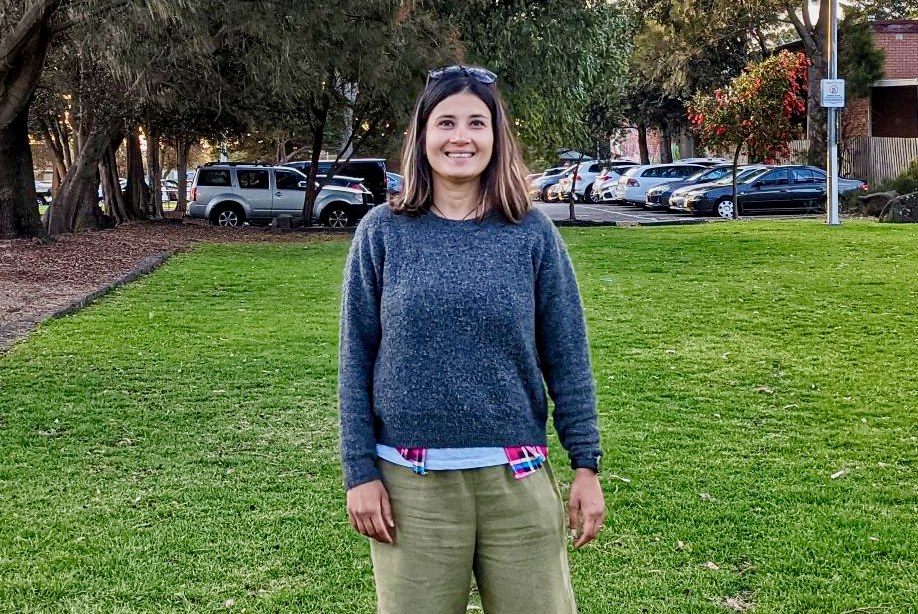 In my mum’s time, it would have been tricky for a girl to spend a lot of time being active outside the house, but times were changing in Nepal. As a child, I was always really into sports, especially table tennis and badminton.

My brother played cricket, and one day his team was participating in a competition half an hour’s walk away. All the boys said, ‘Oh, you’re a girl, don’t bother coming,’ but I followed them anyway. Then, when they asked if anyone was keen to play, I raised my hand. I will always remember the looks on their faces, like they couldn’t believe I was serious! But because my brother’s team was short on players, I was allowed to join.

When I went on to bat, even though the bowler threw a really fast-paced bowl straight towards my head, somehow I managed to hit a four! Everyone was shocked, but I remember my brother being so proud. Looking back, I love that moment.

After that, I played cricket every opportunity I got, as well as competition table tennis and badminton.

But when puberty hit, my body started changing, and I overheard my mum telling my dad she didn’t want me to hang out with boys anymore. After that, I stepped back from sports, and focused on my studies.

When I was 21, I came to Australia to do a Bachelor of Accounting at Latrobe University. My brother had come the year before, so at that time I was the only child still left at home. But even though my mum was sad to say goodbye to me, I think she wanted it for my future. She had never had an opportunity to go to school beyond year 5, because her brothers had always been given the priority to study. So she chose to give a different future for me.

As an international student, I had a lot of financial struggles, but eventually I successfully finished my degree with the help of the man who was to become my husband, and we had our first child, a daughter.

Then, when she was one year old, I heard that a Nepali women’s soccer team had been created. In Nepal, soccer is huge but it’s only for men, so this opportunity was really exciting for me.

My husband and I ended up having soccer training on the same day. I tried to negotiate for him to take my daughter one week, and me the other, but there was no flexibility around that. As a result, I always ended up taking her with me. I wasn’t the only one. Our team would have a separate side for the kids to play, and someone would look after them while the other women trained.

Our coach encouraged us to participate in competitions so that we would feel more motivated. At the beginning, we were so bad that the other teams would score something like 25 goals against us! But we showed up every week. And we got better. I remember a few times we actually won and we would just go celebrate because we felt so good.

Unfortunately, a lot of the players on our team were international students so it was hard for them to commit, and after three years, the team fell apart.

Next, I joined Soccer Mums, an initiative by Football Victoria to encourage mums to be active. There weren’t a lot of migrant women in those sessions, but it was good to be with other mums.

A few months later I heard that Moreland City Football Club were looking for an assistant coach for their under 12 girls’ team. By then I had a few years’ experience in soccer and even though I had no coaching experience I thought I’d give it a go. I got to learn a lot, and it was a great experience for me, starting from nowhere and becoming part of that community.

When COVID hit and all the lockdowns started, I went back to study, starting a post-grad in International Development. I’ve also just had my second child, a son. Even though I’m going to be starting work again soon, studying, and being a mum to two kids, I’m really keen on playing soccer again.

One of my friends and I are planning to start Soccer Mums in our local area, focusing especially on encouraging mums from a migrant background, as you don’t get to see a lot of migrant women chasing a ball!

No matter what she chooses, I’ll be beside her.