In Iran, I had a job as a researcher in Aquatic Animal Health. But opportunities… 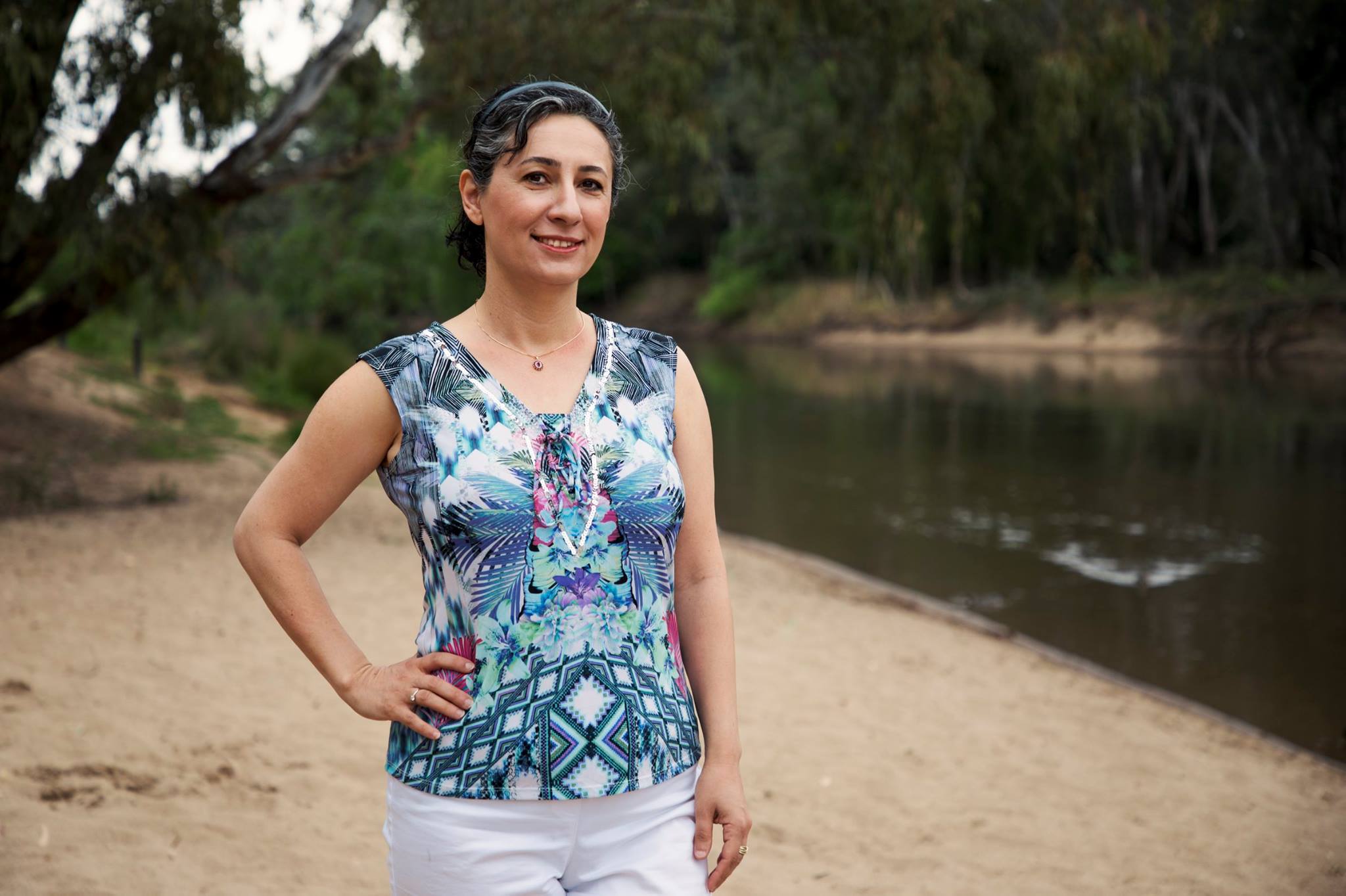 In Iran, I had a job as a researcher in Aquatic Animal Health. But opportunities to grow and develop a profile in national and international levels for a female scientist were very limited, so it was always in the back of my mind to leave.

Still, when I told my colleagues I was leaving for Australia, they couldn’t believe it, especially as I had just given birth to my daughter! But I had received a scholarship to do a PhD at the University of Melbourne, so it was a big opportunity.

From the first day I came to Australia, there were so many challenges, but the biggest was communication! Even though I had passed a high level English test to gain admission to university, spoken Australian English was very different to what I knew. For example, I went to a mum’s group, and they were all lovely ladies, but I just didn’t have the language skills to communicate with them. I remember one lady was talking about her daughter’s hair and I wanted to say, ‘Oh, my daughter has her first curl too!’ but by the time I made up the sentence in my head the topic was completely gone. It makes you feel so lonely to not be able to talk about anything naturally. Sometimes people would say very nicely, ‘Oh, Shokoofeh is very shy,’ and I just wanted to scream and say, ‘I am not shy, I am actually funny!’ But all I could talk about was Biology!

One of my first friends in Australia was Jackie. I was so lucky to meet her. Even though she had a lot of friends she had made from primary school to university, she and her family offered her friendship to me. I cannot put a value on that friendship at that time of my life. It made a huge difference.

I was eventually offered a contract job for 3 years by my supervisor and my permanent residency was approved. But still I had to work hard to be able to afford to rent a house and pay for before and after school care, and of course it was a challenge to be a single parent in a new country. But it had a good ending. Before my contract finished, I found out I had been successful in my application for a permanent job as a lecturer in Animal and Veterinary Sciences at Charles Sturt University in Wagga Wagga.

Of course, I had never heard about Wagga Wagga before. My Iranian friends in Melbourne said, ‘You are crazy, where is this place?’ And one of my Australian friends said, ‘Do you know about 90% of Wagga’s population are Anglo Saxon?’ But it was a secure job, and I was very curious to meet the locals.

I have now lived in Wagga Wagga for about 9 years and I love it. I can more easily manage my personal life and I have found a lot of good friends here. It has also been really good for my daughter, who has an Australian accent, and loves vegemite!

For many people starting life in a new country, all they need is friendship, and often the main barrier is the language. I think the problem is two sided – on one side, people don’t feel confident because they worry that what they say may sound rude or not quite right, and on the other side, a lot of people don’t know how valuable friendship can be for new arrivals.

But it can make a big difference in people’s lives. And the happier the community is, we all benefit.

Only 4 weeks left to get the New Humans of Australia coffee table book in time for Christmas! Special discounts on packs of 3 or more: www.newhumansofaustralia.org/shop