In 2011, when the war began in Syria, we didn’t realize that it would affect us … 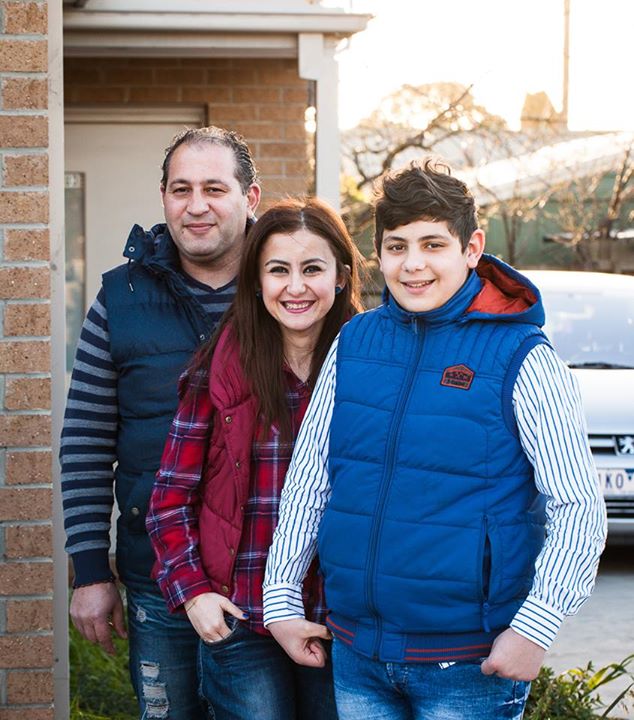 In 2011, when the war began in Syria, we didn’t realize that it would affect us in Aleppo, but in 2012, it came. At first, it was a bit far away. Then, it began to cover the whole city. When we were at home, we could hear bombs, tanks, and snipers, and we were very worried about what would happen to us. It was so difficult to travel around at that time because there were a lot of gunmen on the streets and they were doing bad things like taking people from the buses and killing them. We didn’t know what to do, but eventually we decided my husband would go to Lebanon to live with his aunts and that I would join him later if he could get a job.

There were so many bad things happening in Aleppo at that time. One day a soldier was killed by a sniper in front of my son and I – we saw how he was killed and dropped on the ground, and after that, my son was very scared, and he was crying all the time. He asked me not to go outside. As soon as my husband found a job, my son and I joined him.

We stayed in Lebanon for five years, but all that time my sister was still living in Syria. One day, her son was on a school bus when a rocket hit the bus and he was killed. He was only six years old. We were very upset about what happened. We still can’t forget it. He was very young and such a good boy. My sister has had a baby girl now, but she still cries every day for her son who was killed. They are not safe in Syria – there are bomb attacks everywhere. But her husband doesn’t want them to move to another country, and I feel sad and worried for them.

One day, my brother told me that Australia was open for refugees, and that it was a very beautiful and safe country. We applied but we didn’t really have any hope, because thousands of people were applying for that visa and being refused. But after four months, I received a phone call from the Australian embassy in Lebanon. During our interview, they told us that maybe after three months, we could already move to Australia. I couldn’t believe it, and I couldn’t sleep that night. I thought about leaving my roots and moving to another country, and it was a very strange and scary feeling.

When we arrived here, at first it was hard to accept, because it’s a different culture, different people, and a different mindset, but when we started English school, my mood changed for the better. I made a lot of friends and my teachers were very good. People have been very kind to us in Geelong – everyone is trying to help us in every way they can.

I think we are lucky to be here, and we are thanking the Australian government for supporting us and helping us in so many ways.

The New Humans of Australia book is now here. Get your copy at www.newhumansofaustralia.org/store