In 2006, I fled from Iran to Syria. After I arrived, I was interviewed by the UN… 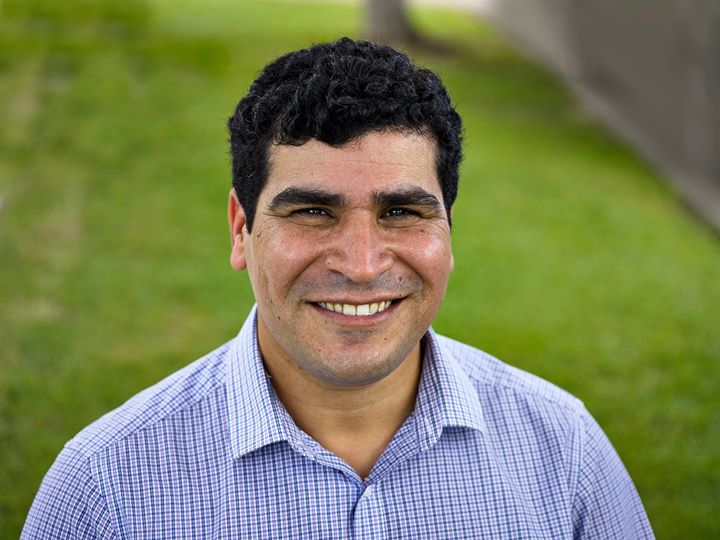 In 2006, I fled from Iran to Syria. After I arrived, I was interviewed by the UNHCR and by Australian Immigration, and accepted as a genuine refugee, as were others like me, who were from the persecuted Arab Ahwaz minority group. But after they approved us, we heard nothing from the Australian embassy for at least a year. At that time, John Howard was in power and unfortunately, he wasn’t really sympathizing with the refugees. This wasn’t a good situation for us because we couldn’t legally work in Syria, and we didn’t have any money. We survived by selling clothes in the streets and because we spoke Arabic, we could sometimes work as interpreters for Iranian tourists, but it wasn’t an easy existence.

Then the Syrian government started working with the Iranian government to catch us and send us back. When we heard about that, my friend and I paid a bus driver we knew to take us to Amman, in Jordan. We sat in the bus until we got to the border, where we had to go under the bus, holding our body weight for an hour, except when the guards went away.

Because we didn’t have passports, we couldn’t go to a hotel, so we slept on the streets that night. It was very cold, and we were so happy when the mosque opened, because it was warm inside, and we could sleep in there for a while! Then, we went to the UNHCR, who recognised our papers, but said we had to go to the Australian embassy. At the embassy, we met a very nice Australian guy called George. We told him everything and gave him our papers and then he went to check our story. But after he left, we saw Jordanian security guards just outside the embassy, waiting for us. I don’t know how they found out that we had entered the country, but someone must have called them. Then George came back and said that although we were recognised by the Australian embassy and our visas were ready; to go to the airport, we would have to meet with those Jordanian guards, because the embassy had no power to protect us outside its walls. He advised us to just go with them, and said if we were clear and frank with them, they would probably just take us for an hour, and then we could come back, and go to the airport.

But when we went out, the guards blindfolded us and took us for 10 days. From 9 am until 10 pm all day long, they asked us questions, questions, questions. But I just told my same story again and again, that we were political activists who were escaping the regime. And finally, on the 10th day, they threw my bag of clothes into my room and told me to change very quickly. After that, they blindfolded and handcuffed my friend and I and put us in the car.

The car was driving for a long time and because we didn’t know where we were going, we were scared. But then I heard the sound of aeroplanes and finally they took our blindfolds off. I couldn’t believe it when I opened my eyes. We were at Queen Alia airport, and when I looked around, there were 10 guys with guns surrounding us. But then they handed us over to a UNHCR guy. When I saw that guy, my goodness! I was so happy. He bought us food and gave us a plastic bag with basic things like a toothbrush and then he gave us our tickets to Australia, telling us that we would travel from Amman to Abu Dhabi to Sydney, and then to Adelaide. I think everybody on the plane was scared of us because we hadn’t had a shower for 10 days or even shaved!

It took a long time to get to Sydney but when I saw Australia from the window of the plane, it was a really good feeling. From the aircraft, I could see that everything was very organized, and clean and green. Then, when we landed in Adelaide, an immigration lady took us to our house in Glenelg. When I saw the house, that’s when my love for Australia started. It was so nice compared to sleeping on the streets!

At first I felt surprised because Adelaide was so quiet and everything closed at 5pm, and that’s when things just get started in my country! But I made a decision to adapt to the culture. I first studied English, and then a teacher called Tim Wilson helped me enrol in an Australian workplace program in hospitality, which included work experience at the Adelaide Convention Centre. I did one week there as a kitchen hand and at the end, I said to the head chef, ‘If any opportunity comes, let me know.’ Then I started calling them, and they kept telling me, just wait, just wait. Finally, one day I got a phone call asking if I wanted to come for an interview! Tim helped me practice for it, so I did very well, and I got the job. They were very happy with me, and later, I became a cook.

Then I met the woman who was to become my wife, on a street bench! She was a teacher, but also a chef, so we started talking about cooking. And things went from there. One day, she said, ‘Why don’t you go to university?’ I felt my English wasn’t good enough, but she encouraged me to study hard for the entry test. That test was more difficult that I imagined, and even the Australian boy in front of me started crying! But I answered what I could, and guessed the rest of the answers, and after a while, I got a letter saying I had done well, which really surprised me! Next, I was accepted into the University of South Australia to study International Relations, which was a big moment in my life, because this subject was my passion. At first, it was very hard for me, especially the writing. But in time, I got better. And after graduation, I decided to do my Honours on Australian foreign policy.

I’m now working for the UNHCR as a fundraiser in Brisbane, which I love because I get to communicate with a lot of people. I recently met one guy who had just come out of jail and after I told him my story, I said to him, ‘What’s wrong with you, you’ve got everything here, all the facilities and all the services. Why not take advantage of them?’ And he got tears in his eyes. After a week, he came back to me and told me he had just got a job. And he signed up with us as a supporter too!

Haven’t bought your Christmas gifts yet? Never fear! You can still get the inspirational New Humans of Australia book – the perfect xmas gift for the person who has everything.

*Express shipping is from Sydney. Discounted shipping for single books and packs of 3 only.