In 2005, everyone in the whole of Iraq wanted to leave except for me! I was only… 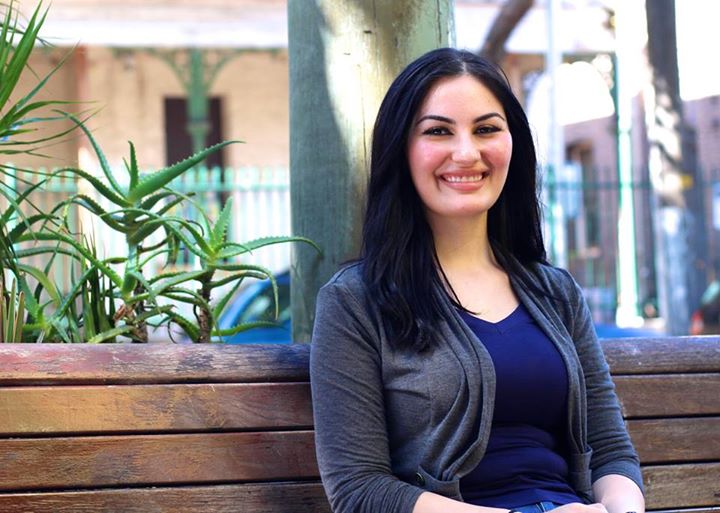 In 2005, everyone in the whole of Iraq wanted to leave except for me! I was only in Year 9, but I knew I wanted to be a doctor, and I thought it would be too hard to study in a different language if we were resettled in a Western country.

Studying was my life. At that time, we had no electricity, and I used to go up on the roof at 4 am every day to wait for the sun to rise so I could squeeze in a couple of hours of study before school.

I went to a very selective school in Bagdhad, the best in the country, but it was next to an Iraqi military checkpoint, so it used to get bombed all the time. One time, during a biology exam, there were some people wanted by the US army running over the roof of our school, so they just started bombing the whole thing. First, all the windows shattered, and then there was a lot of noise and smoke. I remember everyone was really scared, but I was just trying to find my teacher to ask her if we were going to get a re-sit or not!

My parents were from the upper middle class in Iraq, so they could afford a driver to take me to school, but my mum would feel hugely stressed every day until I got home. I remember one time we actually had to zig zag between dead bodies, it was that bad. Then the driver said, ‘Just 3 more days until your exams are finished and I’m not going to take you anymore.’ Soon after, my parents said, ‘That’s it, we’re going to Jordan.’ It was a 12 hour journey to Jordan and I remember I cried the whole time!

One day, a teacher in Jordan told me that if I went as a refugee to a Western country, they wouldn’t look at any of my previous school work, and that I would have to start from scratch, which kept me awake at night for weeks! But that was pretty much what happened. When we arrived, I was 17, but I was told I would have to study English for 12 months, and then repeat year 11. I worked very hard at teaching myself English, so I only had to stay for 3 months at the English school, but high school was totally intimidating, because the education system was completely different. For example, I had never had to do a speech before, and I was told to do one after only 2 months in the school. That was one of the scariest moments of my life. After that, going to school became kind of a chore, but I finally finished.

I wanted to go into Dentistry, but didn’t get the score I needed, so I went into a fast-tracked Medical Science degree, finishing in 2 and a bit years instead of 3. Now I’m in my second year of Dentistry, which I love, and I’m counting the days until I’ll be able to treat patients and give back to this country, which has given me so much.

Find out more about the New Humans of Australia project here:
www.patreon.com/nicolagray?ty=h (or if this link doesn’t work, please google ‘nicola gray patreon’)