In 1986, my parents decided to escape from Poland. They didn’t tell my sister an… 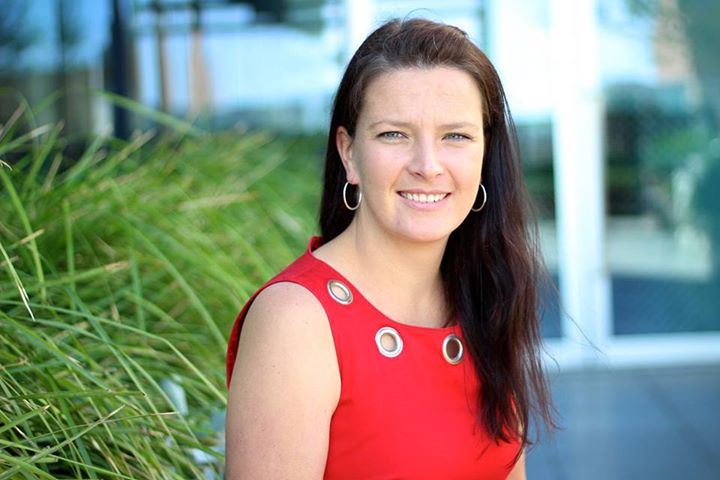 In 1986, my parents decided to escape from Poland. They didn’t tell my sister and I we were leaving forever, because they didn’t want to risk us saying something at the border, but I remember when we left – I saw my aunty and my grandmother standing there, and felt like I was never going to see them again. I was six years old.

Poland at that time was under martial law and communist rule. It was a hard life there. All food was bought with tickets, and if they ran out of food, they ran out. We had one small room for the four of us, and on our floor were 2 other families in rooms like that, who we shared a kitchen and a bathroom with.

My father worked as a mechanic, and my mother worked for an import / export company. She actually travelled abroad and would sometimes bring back stuff that we couldn’t get in Poland, so we were lucky.

Everyone was aware it could be better outside, but not many were willing to take the risk of leaving.

We ended up in Italy, in a refugee camp which was just a big hall, so there was no privacy. It was pretty bad there. There were open sewers, so you could see everything flowing through the camp, and you also saw a lot of other things. For example, one day, I saw a 9 year old girl being sexually assaulted in the playground by a 13 year old boy. And pornography was everywhere – people would watch it on the communal TV. Also, sometimes you saw people being really badly mistreated by their families, but nobody said anything about it, because you’d be seen as causing trouble. We weren’t allowed to leave that place. You couldn’t even go to the perimeter because people didn’t like refugees, and they would throw stuff over the fence. After about 5 months, we got transferred to another place where we had our own room, which we were allowed to leave. My father started work picking olives, and my mother worked as a cleaner. And after six more months, we were approved to come to Australia, because of a friend of my great uncle’s who lived here, in Gawler.

My first memory of arriving was leaning against the seatbelt to sleep, and someone saying, ‘This is Adelaide,’ and my parents saying, ‘The outskirts, you mean?’ We’re from Central Warsaw, so it seemed quite small to us.

I was put into English school for about a year, and then into a primary school which had a really good program for migrants. My sister picked up English quickly but it took me a lot longer, as I was relatively shy, and I got teased because I had a strong accent.

All through my life, from primary school onwards, my parents were at work every day after school, so we’d come home to an empty house, do our homework, sweep the floor, and prepare the potatoes for dinner by ourselves. Then, when my father started working the night shift, we only saw him on weekends. At the same time, they didn’t like us to have friends visit. My sister and I both deal with that differently. She feels they made a big sacrifice for us, but I find it hard not to feel sad – that we were taken away from our extended family, and that we had to grow up feeling lonely.

After high school, I studied to become a graphic designer, but Adelaide is very small and I was worried about getting enough work as a freelancer. So after a while, I went back to uni and studied Quantitative Finance, and I now work at Bendigo Bank. It’s very different to graphic design! But I enjoy my work here.

Now I have some amazing friends, and I love having people visit me, whether it’s people popping in without notice, or visits planned weeks in advance.

My kids always ask me, ‘Who’s coming over tonight Mum?’

Thank you so much to everyone who has signed up as a patron – I am now at 70% of my goal! If you would like to join the wonderful supporters of the New Humans of Australia project, please visit: https://www.patreon.com/nicolagray?ty=h