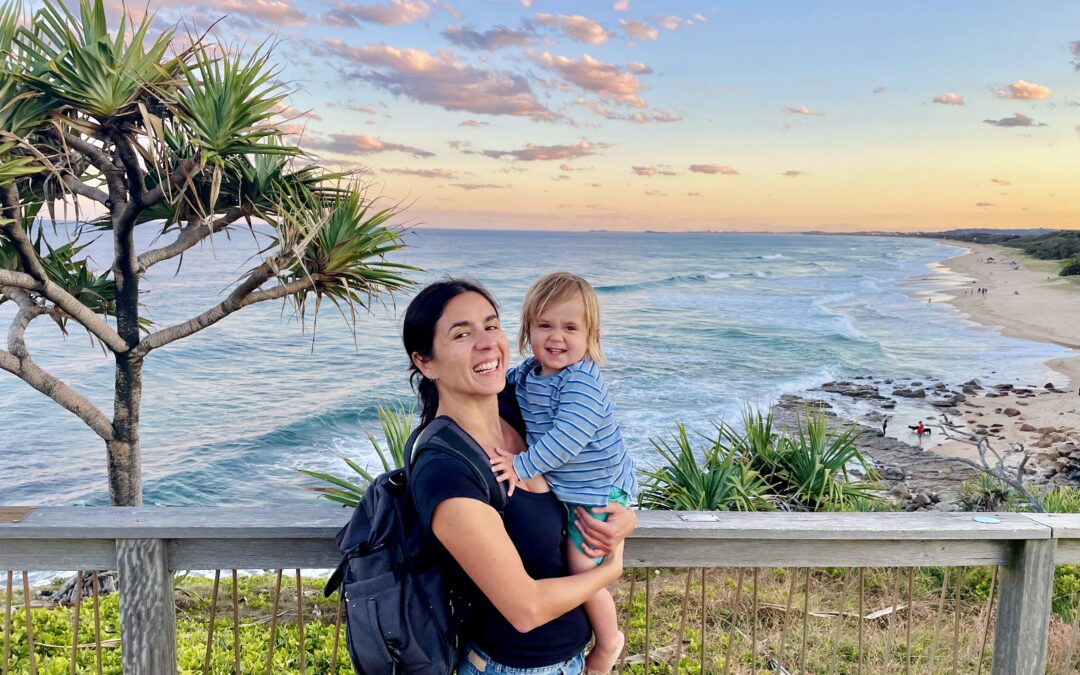 There was a veterinary exam I could take to be allowed to work in Australia, but I had heard it was really difficult. It would test everything I had learnt in my entire five-year degree, which I had done not only 15 years earlier, but also in Italian. And it would include practical tests with large animals, and the largest animals I had ever worked with were Great Danes!

Before my partner and I arrived in Brisbane, I was sure that I would be able to work as a vet here, because I had been working in the UK as a head vet for few years and I was registered at the Royal College of veterinary surgeons. But once we arrived, I found out that because I had an Italian degree, my qualifications were not accepted. I was lucky that my partner had a stable income, but it became a personal struggle for me. I didn’t know what to do. I tried to get work as an Italian tutor, as a pet sitter and as a dog walker. But in the end, I became depressed because I felt like I was wasting all my years of study. Still, I was reluctant to take the exam, because nearly everyone I met who had sat it told me they had failed. And it cost $12 000, so if I had to take it more than once, it would be really expensive.

In the end, after a year of feeling frustrated, I decided, OK, you know what? I’m just going to do it. First, I had to take the English test. Then I had to get all my documents officially translated. Next, I had to prepare for the multiple-choice part of the exam. For that, I studied hard all day, every day, for 5 months. Sometimes I felt like giving up, but my partner was adamant that I would pass. He was honestly my rock.

In that time, I met the kindest colleague, who gave me a part-time vet nurse position in his practice. The very great thing that he did was to treat me as an equal colleague, which was wonderful for my self-esteem.

Finally, I sat the multiple-choice exam, and I passed it the first time. Of course, I was happy, but I knew that this had actually been the easiest part, because next I had to do a practical exam on sheep, cows and horses! And I had no idea how I was going to get experience in that.

Luckily, another lovely vet I met put me in touch with some friends of hers, who offered me work experience in Roma, a country town a good six hours from Brisbane. It was an amazing time – I was staying in a typical country hotel in this vast red land full of kangaroos and emus running down the road, doing pregnancy testing of cows in the middle of nowhere. I really loved it. Next, I went up to the Sunshine Coast, to work with another colleague doing horses. I’m only 1 metre and 60 centimetres tall, and horses are so big! At first, I was very worried, but finally I felt proud of myself to be doing this kind of work, and in a different language too. I’m forever grateful for kindness of these colleagues who allowed me to shadow them.

After 6 months, I finally felt ready for the practical exam. Because this part is only held at Queensland University, people had come to take it from not only all over Australia, but also from the rest of the world. And everyone was talking about how they had failed before, which made me so nervous. It was a very stressful experience. For five days, you have to sit at least 3 sessions every day, with only 30 minutes between each one. By the end of it, I felt defeated, and I was 100% sure I had failed the sheep part.

But three weeks later, I finally got the results and, to my great disbelief, I had passed the whole thing. When I found out, I started crying from happiness!

Soon after that, my partner and I moved to Moreton Bay. As soon as we arrived, I sent out two applications. And I was very pleased that both practices interviewed me, and offered me a job straightaway. I’m now working part-time, because in the meantime, we have had a little boy, the first Australian of the family!

I’m now on the list of volunteer mentors for those who are planning to take the veterinary exam. I’ve met so many foreign vets working as vet nurses here. They say they can’t risk spending so much to take the exam with such a high chance of failure. So I really feel I have to help where I can.

I was lucky because I wasn’t struggling financially like others do, but I have to say that I’m proud of what I achieved. I do believe with a lot of hard work and perseverance, if you really want to do something, you can do it.