I’d had a thing for Australia ever since I was a young boy. I used to watch Croc… 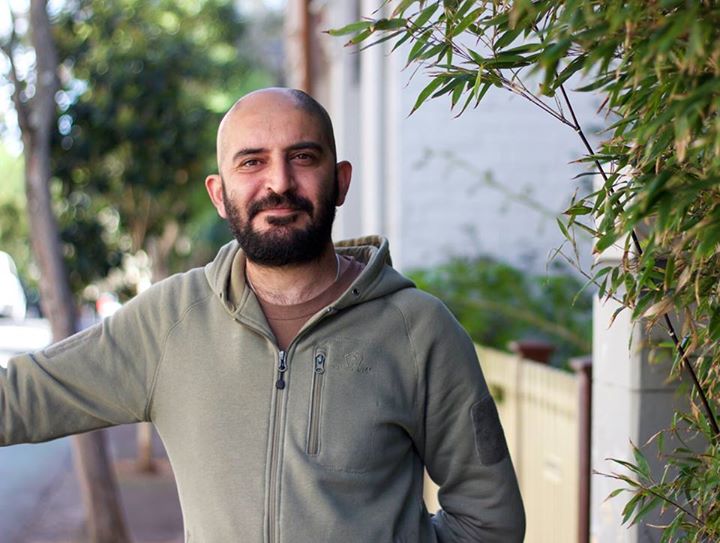 I’d had a thing for Australia ever since I was a young boy. I used to watch Crocodile Dundee and Les Hiddins’ Bush Tucker Man, and I loved the harsh, ruggedness of the Outback. In my early twenties, I moved from Kenya to study Zoology and Conservation in the UK, and for more than a decade, I worked for The Wildfowl and Wetlands Trust there. Then I met an Australian, Emma, on eHarmony. We’re very different kinds of people, so we would never have met in real life. At that time, she was really into going out and clubbing!

After we got married, we took a couple of trips to Australia. It was exactly what I thought it would be, and her parents were lovely. So when we had our son, we thought this was the place where we wanted to bring him up. Em got work here before we arrived, and I started work a few months later, on Australia Day. We felt everything was coming together – we were earning decent money, we were a family…

Then I started getting these really bad headaches. Next, I started getting vertigo problems, and finding it hard to drive. My GP sent me to get some tests done, a CT scan. And when I got back, he had a quick read of it and I remember he said, ‘Ah, it’s not good news –’

And I just sat there in disbelief.

Anyway, I called Em, she didn’t believe it either at first. We went straight to the hospital, where I got seen pretty quickly, and they found a tumour the size of a golf ball. Then I got operated on really well, really quickly. Apparently, the tumour was sort of round so they were able to get all of it.

I’ve been on Radiation therapy for six weeks now. Next I’ll have a four-week rest, and then Chemotherapy. We decided that during the four-week rest, we’d move to Brisbane, to be close to Emma’s family, and because it will be cheaper to live there, now that I can’t work.

I’ve had some real bad days, like when they told me my hair would fall out. My hair is usually so thick that every single time I went to the barber, the shavers would get stuck! And I feel really unbalanced now, like if I’m getting off the train, I have to hold the door just to step over that little gap. Whereas I’m the sort of person who would normally jump off trees, drive tractors, run after animals, you know. It’s been really difficult.

But through all of this, we have a wonderful two-year old who’s full of life. He’s running around, he’s bilingual, and he speaks a lot. He wants to know everything, he wants to do everything, touch everything. And I have this whole world of knowledge that I want to impart to him.

I remember when it finally sunk in after the doctor told me, when it really hit me. I collapsed, actually collapsed, and I saw my son in front of me. Not my mom or my dad. Not my wife. It was my son that I thought that I was going to lose.

As a boy, I dreamt and dreamt of Australia. I’ve been to places that people can’t even spell. I’ve lived in India for a year, I’m from Africa, been to Madagascar, lived in the UK. And I finally got to Australia, and there’s something that is trying to kill me.

But I came here to live, not to die. I’m still dreaming of seeing the Outback, as soon as I get my strength back.

If you would like to support New Humans of Australia to keep telling stories, please visit: www.patreon.com/newhumansofaustralia 🙂