I was born in Port Moresby, as my father was an Agricultural Scientist who went … 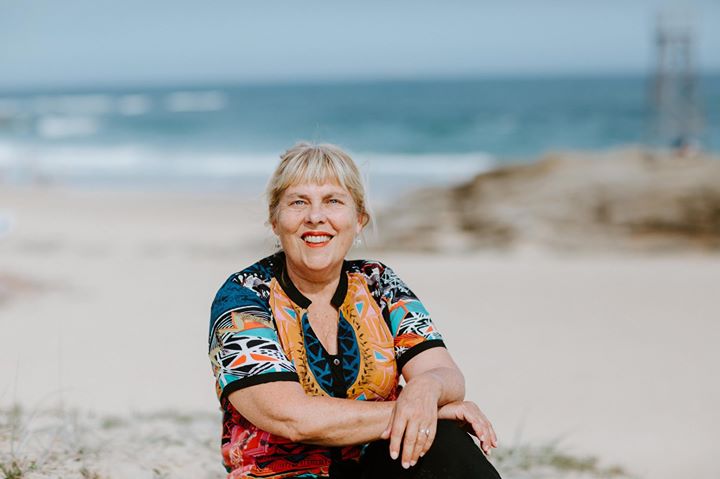 I was born in Port Moresby, as my father was an Agricultural Scientist who went over to work with the Papuan government when it was an Australian Trust Territory. Then, when I was 7, he founded an Agricultural College in Keravat and became the first Principal.

Keravat was a very, very beautiful place. I remember I just spent my whole time running around with bare feet. I loved everything about it – the animals and horse riding and sitting down with the ladies in the markets and hearing all about their lives.

I was also very close to a young Papuan man who worked for us called Varavi – he lived in a little house out the back and I looked at him like an older brother. I still remember the time he cried with me when our kittens were killed one day! Everyone helped everyone there. For example, if parents were having problems, the whole village would help out with their kids. It was a great community.

Then, when I was 11, I was sent to boarding school in Australia, which I hated with a passion. It was sort of like being in a prison with a whole lot of bitchy females! Luckily, there was a lovely lady who rode polo horses nearby, and I used to sneak out from the school, go over the railway line and sit in her paddock and look at her horses, until she eventually got to know me, and let me ride them. That really helped me, as I was so used to freedom and space.

Later, my mother decided to make a home for us in Toowoomba. My father was supposed to come down and join us a year later, but he ran off with his secretary, so that was the end of that, and Mum was left as a single mum with three kids. As she had always supported my father’s profession and not worked herself while married, it was a bit of a hard time, and we were very poor. But luckily, Mum is very intelligent and practical and we survived.

My transition at school was also difficult. I don’t think anyone new had moved into the town for years, and I was called a ‘foreigner’ and an ‘import’, even by the teachers! Suddenly I was an outsider and I’d never felt that way before. I’d always loved people, and to arrive there, where the girls hated me and wanted to bash me up, and the boys spat on me on the bus, and said terrible things, like that they had ‘had me’ – it was a very weird experience. Fortunately, I was a good runner!

Still, I did okay. I got to know other ostracised people who became my good friends. And later I joined a theatre company, which was my saving grace. It gave me a focus and the people were lovely. I was actually offered a NIDA scholarship but I couldn’t afford it, so I went to Brisbane to do Nursing, because you got paid while you were doing your training! I loved Brisbane – I loved everything about my life there, and I had fabulous friends.

Then I went overseas for two years – and came back with a Canadian husband. We both went back to uni, where I studied Teaching. Then, unfortunately after my daughter was born, we divorced. After that, I came down to Newcastle, where I’m now a primary school teacher.

I’m happy with my life now, but I still see so many people in Australia who are isolated, and even though they’re in a big community, they feel alone. I feel like everything here is about money, whereas in Papua New Guinea it was really about the people.

My sister has told me it’s much more dangerous there now. But I’ve still got my wonderful memories, and I’ll have them forever.

Never want to miss a story? Help support our work at New Humans of Australia by becoming a patron, from as little as $1 per month, and get all stories directly to your inbox and your name listed as a patron on our website!

Or become a silver patron for only $15 per month (less than the price of a cup of coffee per week) and receive a FREE COPY of the fabulous New Humans of Australia book (value $29.99). More details here: www.patreon.com/newhumansofaustralia

We ❤️ our patrons!