I was born in a small town in Venezuela called Barquisimeto… 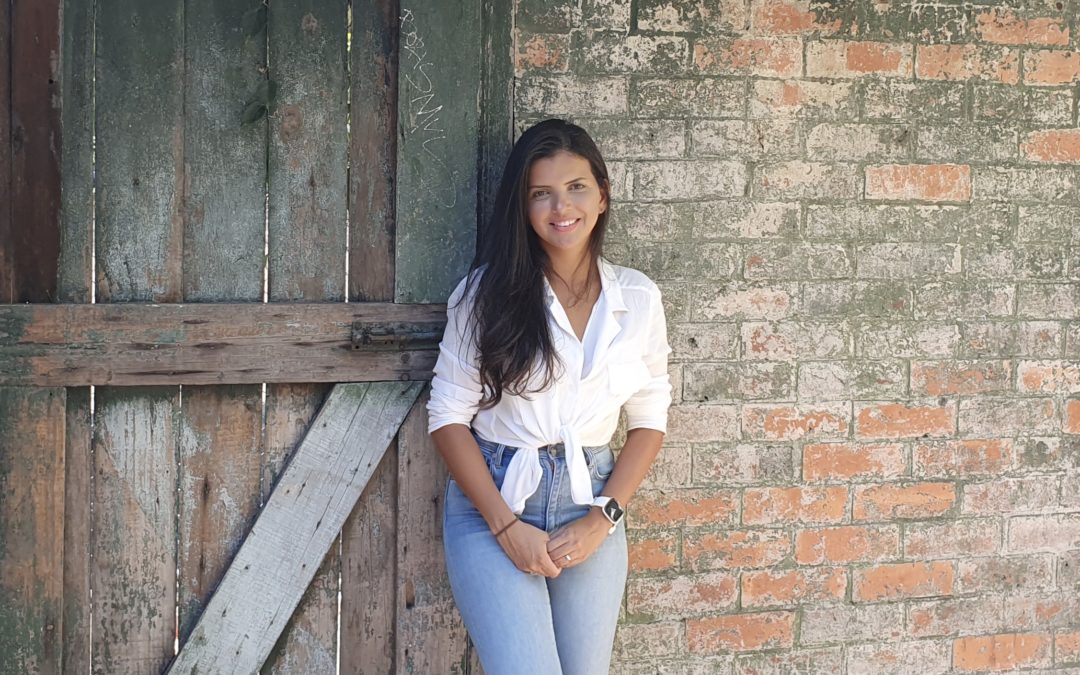 I was born in a small town in Venezuela called Barquisimeto. When I was 9, my parents divorced, and after that my mother pretty much raised us by herself. It was a very tough time for me, as I was really close to my dad, and my brothers closer to my mum.

I was always a good student, and when I was 13, I realised that my mum didn’t have the means to pay for university fees, and that I would have to study very hard so I that could get into a free public university. So I focused all my energy on that and I ended up being accepted to study Social Work at the Central University of Venezuela. This was great news, but it also meant that at the age of 17, I had to move alone to Caracas, one of the most dangerous cities in the world.

Living there I felt like I was always in survival mode, and that I never had a sense of safety. Anybody could have easy access to a gun. Your life had no value. You could get killed for an iPhone, it was as trivial as that. You could not trust anyone, and you were constantly hyper-vigilant about what was happening around you. There would be gunshots on the street, and you just had to run. Every time there would be a protest, supporters of the government would hide at the university and the other side would come and throw petrol bombs. It was hectic. People known to me were kidnapped – there was something called express kidnapping, where someone would take you from your house and ring your parents and demand $2000 or they would kill you. It became so common that almost every Venezuelan in Caracas knows someone who was kidnapped.

When I finished my degree, I decided to come to Australia with my partner at the time to study English for a few months. At that time, there was a government program available where you could access foreign currency if you were a student, and this facilitated our arrival.

But when I arrived, I had hardly any money and I couldn’t speak a word of English. I soon realised that without the language, my degree was just a piece of paper. As a result, I felt I had lost my identity and my sense of worth, and that pushed me into a depression. I had to work to survive, so I got a job as a dishwasher in a Greek restaurant, which was very hard work, and later at an office as a cleaner.

It soon became very clear to me that the only way I could change my life was to learn English. So I became a machine. I would wake up super early in the morning, and study English until I went to school at 10 am. Then I would go to work from 5 – 9 pm, and do it all again the next day. I even studied on the weekends non-stop. The other students were always saying to me ‘Let it go! Relax! Have some fun!’ But I knew I had to do it. So, after 10 months, I passed my IELTS exam to get into a Masters of Social Work.

By that time, things in Venezuela had gotten even worse, and doing the Masters meant that I could apply for permanent residency in Australia. It also meant that I could finally find jobs in my career while I studied. I started off working in Disability, which was one of the greatest experiences I ever had – it paid well and I learned a lot. But I was still experiencing a lot of stress, because I had to meet the points to apply for the residency, and so I always felt like my future was uncertain. I was also grieving the fact that I had better opportunities than other people back home, and feeling a bit of guilt. Basically, although I was away from my country, emotionally and mentally I was still there.

When I finished my Masters, I found it impossible to get a job because I still didn’t have my residency. I went to so many interviews and nobody wanted to give me a chance. But I finally got it, and a few days later, I went to three interviews, and was offered two of those three jobs. That was 8 years ago. I have continued to grow professionally since then, and I’m currently doing a job I am very passionate about as a Child and Family therapist with vulnerable families and children.

In 2016, I got my Australian citizenship, and at that time I felt a great sense of relief. It’s scary to build your own identity in the unknown, and even scarier to feel misplaced in the process. But it is magic to choose to belong and be welcomed.

My heart takes full pride when I say I am an Australian now. I am so grateful for the amazing life I have been able to create here – the opportunities, the healing journey, my non-blood-related family, but still my family.

I found my safe place in Australia, and I will be forever grateful for that.