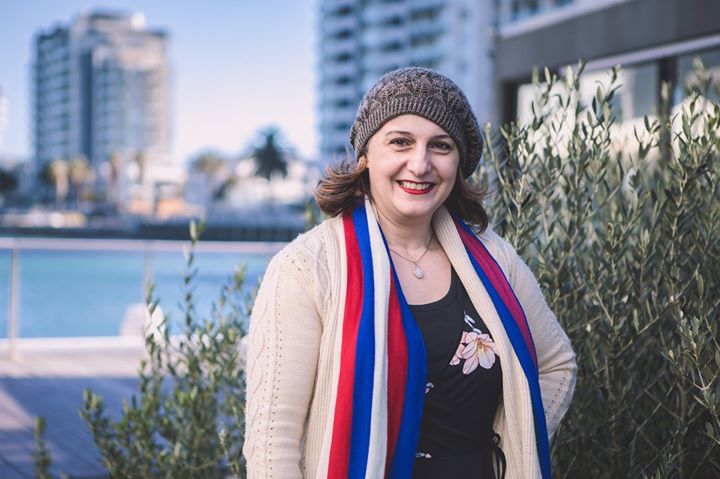 I was born in a little Turkish town on the coast of the Black Sea but I took my first baby steps here in Australia, and grew up in Sunshine. Growing up was hard for me. Although I was surrounded by Greeks and Maltese and Italians and many other nationalities, ours was the only Turkish family, and there were not many other Muslims. There was also nobody Turkish I felt I could look up to in society or in the media. As a result, I always wanted to be more Australian. I remember I used to come home to what I know now was the most amazing Turkish food, and ask Mum for meat and three veg!

Also, my name, Arzu, was hard to pronounce. That caused a lot of grief for me, and I was teased all my childhood. Later, when I started applying for jobs, people would look at my name on my resume and dismiss it. Eventually, I saw how the Asians were anglicising their names and I decided to do the same – Arzu means desire, so I legally changed my name to Desiree and shortened it to Dez. After that, I immediately got jobs and things turned around for me. But I always felt that I was hiding my true self, and that that was the price I had to pay for assimilation.

For a long time, I felt I didn’t know where I belonged. I had an identity crisis, because I wasn’t Turkish enough when I went back to Turkey and I felt I was never Australian enough for Australians. I also did the unthinkable for a Turkish girl in Australia and married a non-Turkish boy, an Aussie boy with red hair, as Anglo as you can get.

We were told it would never last – there were too many differences, both cultural and religious, as he was from an Anglican background, and came from the other side of the tracks. The whole thing was just Romeo and Juliet!

We met after a friend’s wedding when we were kicking on at the Crown Casino, and he was intoxicated and obnoxious as all hell. When he asked where I was from and I answered North Sunshine, that wasn’t what he wanted to hear. So I said I was from Turkey and he said ‘Where’s that?’ and ‘Do they have camels in Turkey?’. I gave him a mouthful, and said, ‘Next time you want to open your mouth and speak to me in any manner, you need to have an ounce of decorum and know what you are speaking about.’ And he stopped and turned to his friend and said, ‘Where did you find her? I want one like this.’

It didn’t end well! But somehow we ended up being flatmates and that was the only reason I eventually gave him the time of day. I found out he was very generous of spirit and loving and kind, but he was also incredibly Australian. He had his set ideas about who he thought I was and I certainly had the same prejudices in return. We were even politically opposed! But what we did have in common was our humanity – I saw in him the giving spirit that I valued in myself and I also saw that at his core what he valued was family, as I do.

After we got married, our most difficult arrangement was that he was an Essendon fan and I was a Bulldogs fan! We thought one of us had to convert for the children’s sake, so I converted to become a Bomber and like most converts I went hard – I went to the Best and Fairest and when I was pregnant I even had a Bomber on Board t-shirt. But finally, in 2016, when I was watching the Bulldogs win the Grand Final, I metaphorically ripped off what I had been pretending to be and announced to my family I was a Bulldog and that my faith was never going to waiver!

My husband and I have worked together for the last 20 years – he was a hacker and I was putting my business degree to good use with our company called Kustodian. Then, for some reason, at the age of 45 with four children, we decided it was a great time to do a start-up. Incredibly, our new company, Siemonster, was picked up by Austrade, who took 6 of the best cyber start-ups to San Francisco for 3 months. There, we became known as ‘the product’ of RSA, a security conference. As a result, we will soon be launching our product in the US, which I’m really excited about.

20 years ago, we moved to Gisborne, 45 km north of Melbourne. Although I’ve run the town Facebook page for years, I am pretty sure the community has no idea I am Turkish. But it’s time for me to step into the light with my truth about who I am. I feel proud of my achievements and proud of being both Turkish and Australian.

One day, I hope that I can be the role model for other Turkish Australian girls that I never had.