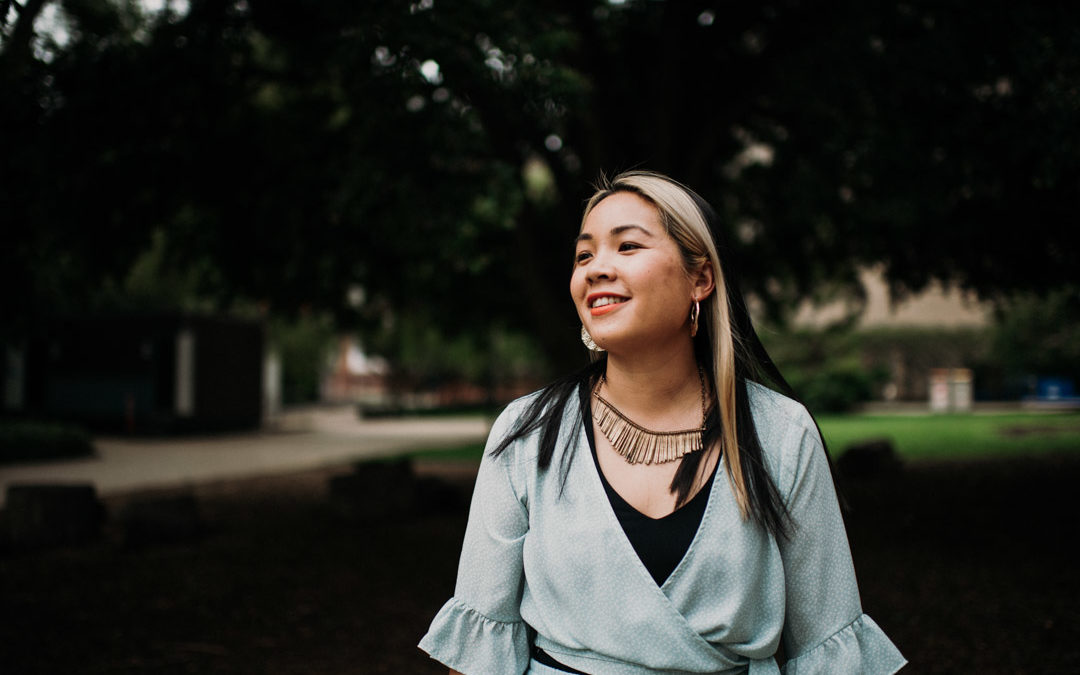 I was basically brought up in my parents’ Chinese Malaysian restaurant in Mooroopna near Shepparton. All my sisters and I worked there. We joke about it, but it was a bit like child labour – like I was a baby bringing out the lemon chicken from the kitchen!

The restaurant was our second home. We would sleep there when Mum and Dad were working, play Barbies on mattresses, and fight over who had to take the order to the customers because we wanted to watch Home and Away! Later on, I’d be constantly interrupted from my studies when the beeper would go off. But we just made it happen.

SPC was down the road so we had a lot of factory workers come in, and also a lot of people from the cricket club. And on some days my whole school would come to the restaurant as a ‘cultural experience’. It was quite surreal. Around 200 students would sit down and Mum and Dad would come out and put the food on the lazy susans and then after we ate we’d all get on the bus and go back to school. It was hard as a teenager. Sometimes I’d have a crush on someone and when they came in, Mum would be screaming at me in Chinese through the intercom. I’d just try to serve them and be cool!

I got bullied in both primary and high school. At a very young age, kids thought that I was Japanese and said things like, ‘You bombed us.’ Later, even my friends would joke about me being Asian. How I dealt with it was with comedy, by constantly being the jokester. I ended up developing a thick skin.

After I left uni, I tried improvised comedy for a few years. I now work as a Communications Specialist at Melbourne University, but I’m also a painter, and have sold my designs on bags and shirts. I’m kind of a multi-disciplined artist, as they say.

I still experience racism and ignorance. Not long ago, I was riding to work and a roadworker said, ‘Konnichiwa’ to me. So I rode back and said, ‘I’m bloody Australian mate!’

But even though there are challenges, overall I like to see being Chinese Australian Malaysian as a blessing in disguise. It’s made me more passionate about certain issues; it’s changed the way I see the world; and it’s made me grateful to be able to experience cultures dynamically. Nowadays I’m really grateful for the person that I have become.

My family had the restaurant for 22 years. It wasn’t always easy. But it was a huge part of my life. The beautiful thing is that we sold it to my mum’s best friend, and there are still old family heirlooms there. Sometimes I go back, and all these memories come back to me, of the ugly brown stairs I ran up and down a thousand times, of the hours I spent folding napkins and ironing tablecloths, of the red lanterns on the top level that I’d jump up and touch as a kid. It was a place of hard work, but it was also a place of family and togetherness.

When people ask me, ‘Where are you from’, I wonder what they want to know, about being a country girl from Shepparton, or about my Chinese Malaysian background?

Sometimes I like to just say, ‘I’m Angeline.’ I’m me. I’m Angeline and I’m human.

Would you like to support the New Humans of Australia project? Join our Patreon community this weekend and get a free book! www.patreon.com/newhumansofaustralia