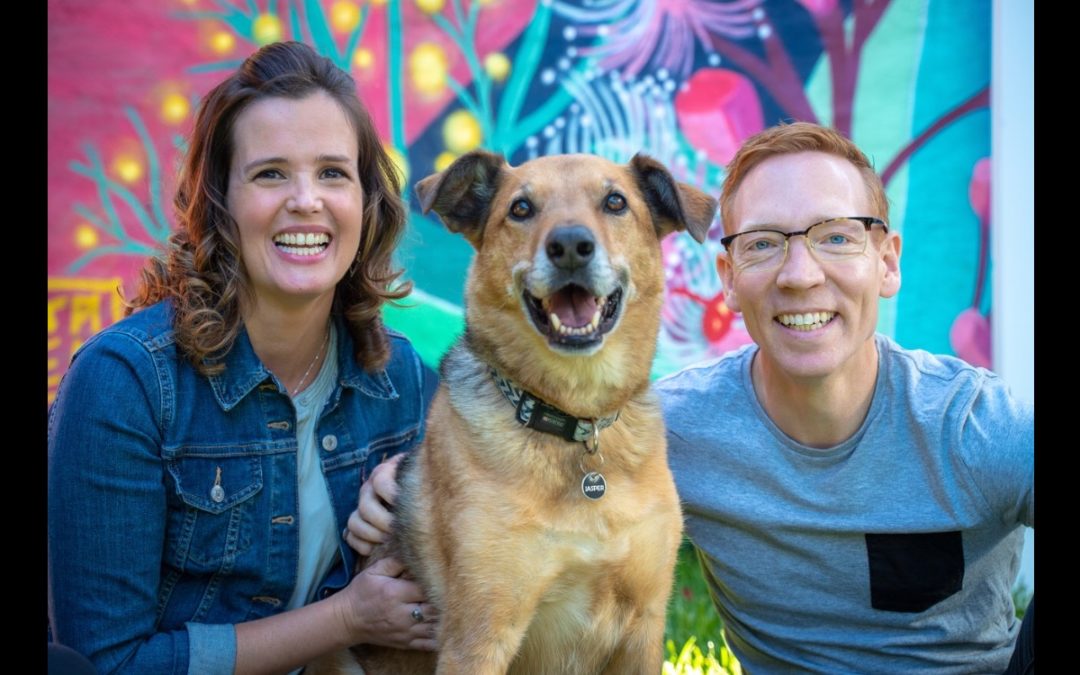 I was backpacking through Vietnam when I met this redheaded Aussie guy with weird looking facial hair and a mullet. We started to chat and spent the next 36 hours inseparable. But we were only mates, and when we said goodbye, we just gave each other a hug. After that, we stayed in loose contact, but it was mostly through group emails.

One day, a year later, I was sitting at home back in Canada, and out of the blue I received an email from him. I responded with, “Hey sexy! You’ll always be my international one that got away!” After that, we started calling each other, and we ended up speaking almost every day. Then, being the upfront person that I was, I invited him to be my date for my sister’s wedding!

It was bizarre when he arrived at the airport. It had been 16 months since we had seen each other in person, and even then we had only spent 36 hours together. But I was so happy to see him, even though he still had his mullet! For two weeks, we had an awesome time together, and 13 months later, I made the big move to Australia.

A few years later, we came back and visited Canada. Although he couldn’t really skate on ice, we went out on an open lake in Jasper National Park, and after doing a round and a half, he asked to me to stop, came down on his knee, and asked me to marry him. It was actually kind of amazing that he didn’t crash!

I’m incredibly fortunate to have a relationship like I do with Matt. His ability to be thoughtful and supportive has enabled me to transform as a person, and I honestly would not be where I am today without that support.

It’s been an amazing journey.