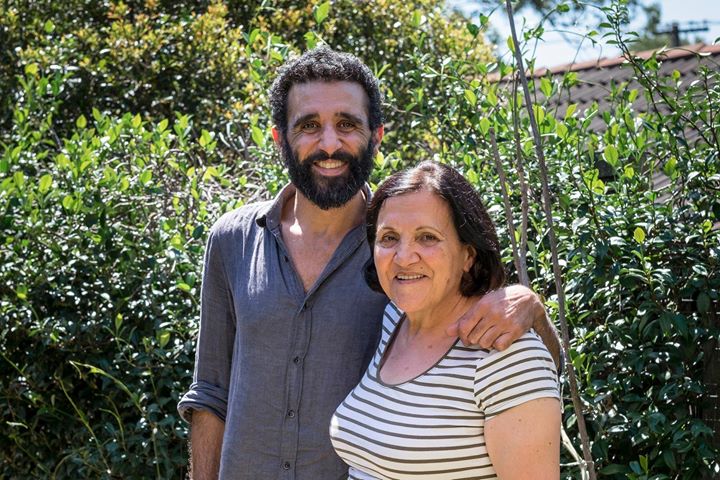 I was always dreaming that there must be a place where we could live better than the life we had in Israel. At the time, I thought it was like living in a prison, as we weren’t rich enough to be able to travel to Europe and we couldn’t travel to the surrounding countries because the borders were closed. Although we thought of ourselves as Palestinians, we were always referred to as Arab Israelis.

When I finished high school, they were recruiting Arab nurses to work in clinics around the country, so I signed up and studied Nursing in a hospital near Tel Aviv. Life was fairly calm then, but in the 70s, Israel became less peaceful. There were a lot of guerillas protesting about Jewish settlement and I became scared as people we knew had been hurt. One time, two neighbours were badly injured in a bus shooting, and my husband had to get up in the middle of the night to take their father to the hospital in his car. Some nights, I used to be too scared to even put the light on.

Even though it was only a small group of people doing those actions, I remember we were all considered guilty. Security guards would get onto the bus at checkpoints and look around, and if they didn’t like the look of someone, they would just take them off to prison. And I thought, ‘We cannot have this done, just because we are Arab.’ I felt really sick of the situation.

When I met my husband, he felt the same way. He wanted to do a degree in Electrical Engineering, but could only do so under the condition of becoming a teacher afterwards.

And so, after we got married, we decided to apply to come as migrants to Australia because we heard that the opportunities were good. Three years later, we were finally approved. It was exciting in one way, but the moment we got on the airplane in Tel Aviv, I suddenly realised that from then on we would need to take care of our children alone, and that it wasn’t going to be easy.

Because we didn’t have any family here, we had to make sure one of us was always home with the children. So for 20 years, I worked nights in a nursing home and my husband worked days. Every night while my kids were sleeping, I was working. Then, in the morning, I got them breakfast and took them to school, then slept for a few hours. On Sundays, I would come home from working all night and I wouldn’t sleep all day, because I wanted us to spend time together as a family!

Through all those times, I had such a good relationship with my husband – we worked hard together for our family, we understood each other, and we always helped each other. After he got his Electrical Engineering degree, he encouraged me to get my degree in Nursing, which I finished in 1998.

Hazem is the only boy of my four children. He always said he wanted to be an actor but I really didn’t think he meant it. In high school, he did Drama, and I thought, ‘OK it’s a hobby, it’s nice,’ and after he finished school, he was doing amateur productions and I still thought it was a hobby. But to us, to his father especially, we thought he needed a profession. So we said he had to go and do a Building degree. But then as soon as he finished that degree, he came to us and said, ‘I’ve just registered to do an Advanced Diploma in Acting at WAAPA in Perth!’ My husband thought, ‘OK, let him do what he wants.’ And I thought, ‘He just wants a holiday. He’ll be back in a month.’ But three years later, he finished. And we were both very proud when we went to see his final performance. Maybe I’m biased because he’s my son, but I can really see the passion that he gives to every role that he takes – he kind of transforms himself into that character.

Now, he has this main role on TV in Safe Harbour, and I’m so happy for him. It’s not easy for actors to find a role like this, and the show is very good.

My husband passed away suddenly 16 years ago. It was a big shock for us, because he was still so young. I miss him a lot. I could never imagine myself living in Australia without him, but here I am.

Since then, Hazem has always been there for me. And recently, he and his wife had their first little boy. They named him Nakhli, after my husband.

This month we are exploring refugee and migrant stories inspired by SBS Australia’s thrilling new Australian drama, #SafeHarbour, airing Wednesdays 8.30pm on SBS and SBS On Demand. To find out more, visit http://www.sbs.com.au/safeharbour