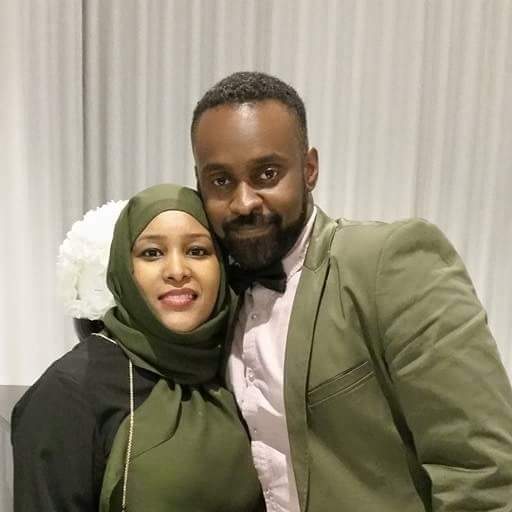 I spent the first 20 years of my life in a refugee camp in Sudan. My parents are from Eritrea, but had to flee before I was born. Although my father was in the army, he was also a politician, and after he expressed political views that were different to the government’s, his life was put in danger.

As his kids, our lives were also in danger. Even when we left the camp to go for groceries, we had to be careful about who saw us.

We never applied to be resettled in another country because my father had such dreams for Eritrea, and always hoped we would be able to return.

Unfortunately, that all changed when he passed away. At that time, I was 16. It was hard for my mum, I think, to have to become both parents. We kids did the best we could to support her, and four years later, our uncles in Australia helped us to apply to come here as refugees.

I remember we arrived in Adelaide at 11 in the morning. It was March and the weather that day was just perfect. My uncles had already found a house for us and had filled the fridge with food, and when we arrived, I thought – I think we’re going to be good here.

School in the refugee camp had been pretty basic, so even though I was 20, I still had to do year 12 before going to uni. Although I had the choice of going to a senior college to do it with other adults, I said, ‘No, I’m going to do it in a proper Australian school with kids, so I can hear the accent and pick up everything’. And I reckon it’s the best decision I’ve ever made. The other kids figured out straight away that I was an older head, but I fit in pretty quick, and I did pick up an Aussie accent!

After school, I did a Bachelor of Computer Information Science. I started applying for jobs but as soon as I mentioned I didn’t have experience, doors shut. So for a couple of years I worked as a waiter, and with my uncle in his travel agency. But I really felt I was wasting my time because I was starting to forget the things that I had studied.

Then, one day an ad for the army popped up. And I thought, ‘That’s interesting. I wonder if they have any IT roles.’ And they did! By that time, I was 27, so I wasn’t sure if I was too old, but I applied anyway. Then one day, while I was carrying plates in the cafe, I got a phone call telling me I had been accepted for training. When I told Mum, she said, ‘OK, you made this decision. Now stick to it.’

So I jumped on the bus to Wagga Wagga for training. But the whole way I was thinking, ‘What have I done!?’ Training was 90 days of hard physical work, yelling, everything that you see in the movies, every day from 6 in the morning until 10 at night. It was intense. You constantly think you’re about to pass out. You question yourself all the time. But Dad always said, ‘If you commit to something, even if you don’t like it, put effort into it because you will feel a reward as soon as you achieve it’. So I just toughened up, and kept on going. The last month was just absolute hardship. But I kept thinking, ‘You’ve got a mum, a brother, and two sisters waiting to be proud of you.’ And that pushed me on. When I graduated, my mum actually didn’t recognize me because I had lost 14 kilos!

I did 9 months further training in Melbourne, and then I was posted to Sydney. I didn’t know anyone there, but that’s part of being a soldier – when you travel, you just try to enjoy it as much as you can. And the uniform is a proud thing to put on. Even though they don’t know you, people on the street always nod their head and say hello. Later, I was deployed to East Timor as part of the international stabilization force to maintain the IT infrastructure for the whole of the defense personnel in each team, which was pretty big.

There was always one sergeant, Dennis, who believed in me and put my name forward for everything. Dennis was from a Filipino background, so I think he knew what it was like to be from a different background. Because of him, I went from being just a normal soldier, to second in charge, to actually running the whole thing. Every time I remember the day I got promoted, I get goosebumps. I was very, very proud.

After 9 years, I left. In that time, I had gotten married, and with a family it’s very difficult to relocate all the time. My wife always stuck by me, and even put her career as a pharmacist aside for me. But then she found a job she was really happy at, and I decided it was her time.

Growing up in a place where there were zero opportunities, and having my dad die when I was 16, I never thought I would live in Australia, graduate, join the army, travel overseas, marry, and have three kids! The one big lesson I learned was not to give up when life hits you hard. Don’t lose focus just because you’ve lost little battles because the big battle is always next.

You just need to keep going.