I saw three wars in my life. The first one was when I was 10 years old. The next… 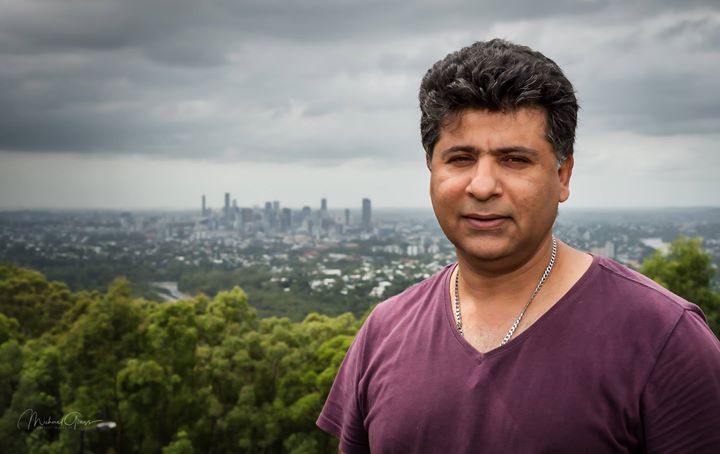 I saw three wars in my life. The first one was when I was 10 years old. The next was when I was 18. In the third war, many troubles happened. Seven people from my family were killed. Then, I lost my brother, a musician. For two months after that, I couldn’t do anything. Everywhere I went, it reminded me of my brother, and it was very painful for me. Finally, my mother told me to go overseas. I was a film director, and she felt it wasn’t safe for artists in Iraq anymore. So I left Baghdad with my wife and children and went to Syria. Many artists left Iraq at that time.

Even though I easily found work as a director there, I couldn’t feel that life was good. It was difficult to sleep, I couldn’t eat, and I didn’t feel safe, because every day I thought that maybe I would be sent back to Iraq. Finally, I went to the UN to apply for asylum. One and a half years after I applied, my visa was approved.

When we first arrived in Brisbane, I made some short films for film festivals, and I also started volunteering at a community radio station as a director and broadcaster of a show in Arabic. In a new country, you have to search and discover things in your life. I had never worked for the radio before. But I knew I had to go step by step here, and it was good to be doing something.

Then I met the people from Matchbox Pictures and they talked to me about Safe Harbour, a new TV show about asylum seekers, and asked me if I would act as a Cultural Consultant. It was this moment that I felt was the real start of my life in Australia. At first, I felt nervous. I had directed 34 TV series and 16 movies in my life, but this was in a new country, and so of course everything was different and it was very challenging for me. But everybody on the show was so supportive of me, and now it’s finished, I feel very motivated, and inspired to make something new again.

I would now like to make a movie, a love story about refugees. When you look at the sea, it has many stories – some bad, some good, some happy, some sad.

I still have to discover all that.