I met Julia, an Australian, in my local café in Montmatre. She was taking some p… 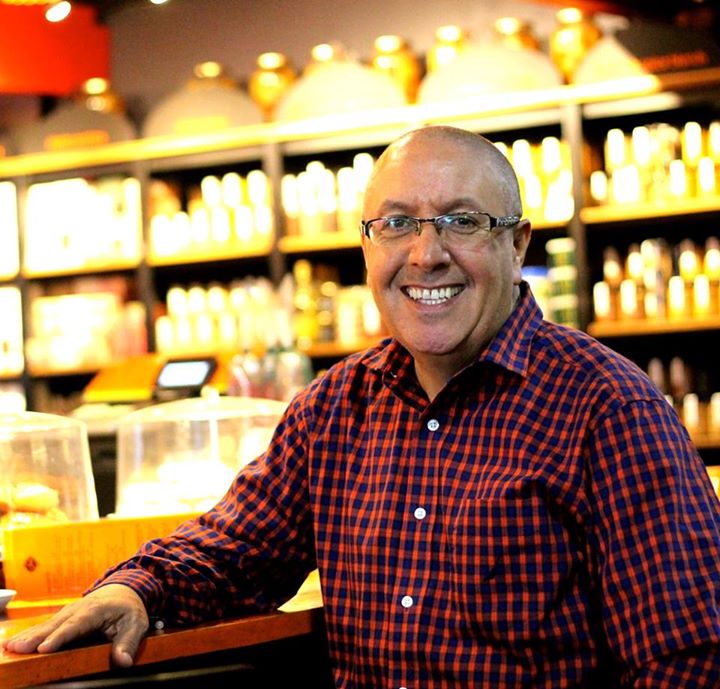 I met Julia, an Australian, in my local café in Montmatre. She was taking some pictures, and we got to chatting. On our first date, she was 2 hours late because she had got off at the wrong station. But I waited for her. Her plan was to travel on to Barcelona, but she never made it to Barcelona, because she spent all her holiday in Paris with me! At the end, she said, ‘Why don’t you come to live with me in London?’ I said I would think about it.

One week later, I called her and said, ‘OK, I’m coming’. I believe when you meet people, it’s for a reason.

I had left Algeria when I was 18 to study Genetics in Paris. It was exciting science and not many people knew about it at that time. But after I finished my degree, although I found work, I slowly realised that, as an African, the French don’t give you the jobs with responsibility. They have the slogan ‘Liberté, égalité, fraternité’, but I think it is just an empty phrase.

Anyway, I had started to become interested in food, and by the time I met Julia, I had started a brasserie with my friend, and it was really successful. We had a very eclectic menu and live North African music playing at night. But I left it to my friend when I went to London.

In London, I landed a management position with one of the biggest catering companies in the world. I’d never been a manager before, but I accepted the challenge and I never looked back. Eventually, I became one of the senior managers, and we smashed the figures every year. I had a fantastic time working there. But in the back of my mind, I was always dreaming of doing a concept for myself.

In 2012, we decided to come to Adelaide to look after Julia’s parents, who were getting older. When we first arrived, hardly anyone had heard of Algerian food, so I saw an opportunity there, and we finally decided to open a stall in the Central Markets. Some said I would need to adapt the food to the Australian palate, but I disagreed. I said, ‘I will do authentic food because I believe Australians are well travelled and they will like it.’ So! We went for it! Julia designed the space, and I created all the recipes – I still like to mix molecules!

Le Souk has been a success from day 1, and Julia and I are so happy. Now we are planning our second store. But we are taking our time. We don’t want to dance faster than the music.

I believe you should never ever give up on your dream. If you just put it in your head, it is only a matter of time until you achieve it!

If you live in Adelaide, head to Le Souk in the Central Markets, and try their 6 hour slow cooked lamb with Ras el Hanout and Couscous!

If you would like to support the New Humans of Australia project, please visit: https://www.patreon.com/nicolagray?ty=h