I grew up in Lebanon, but we weren’t citizens there because my family were Pales… 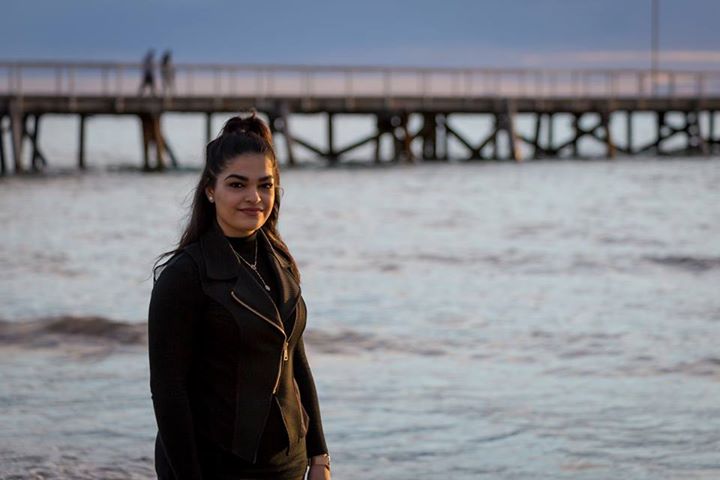 I grew up in Lebanon, but we weren’t citizens there because my family were Palestinian refugees. As a result, we didn’t have many rights, and when the war between Israel and Lebanon started in 2006, my father decided we should migrate to Australia.

I was 11 years old when we first arrived. At first, I was excited but after a while I realized that it wasn’t going to be that easy. Back in Lebanon, I was always the top of the class and here, my grades dropped because of my English, which really affected my self esteem. Also, my complexion was a bit darker when I came here and I had a lot of dark hair, and that made me self conscious. I remember once I wore shorts during PE class, and the other kids started saying mean things to me because of the hair on my legs. After that, I never wore shorts again.

During high school, my family experienced some problems here, as Muslims, especially when there were terrorist attacks overseas. People said racist things to my Mum when she went shopping because she wears a headscarf. One time, a lady pulled her daughter back as we walked past and told her to ‘stay away from Muslims’. Another time a man sent one of my brothers a message on Facebook telling him that he shouldn’t come out of the barber shop he owns because he would shoot him. That man kept harassing us for weeks.

So there were a few things going on that made it difficult for me to study.

In year 10, I told my teacher I wanted to become a lawyer, and she said, “Good luck”, but it wasn’t in a nice way. She didn’t believe I could do it and that was kind of a push factor for me, like a challenge. Then in year 11, we had a new home group teacher and she was really good – she would sit down with me during recess and tell me how to go after my goals and dreams.

So in year 12, I worked hard. It was super stressful, and there were a lot of tears, but I finally did it. After the bonus points, I got 99.8, and I’m now in my first year of a double degree in Law and Psychology at Flinders University.

One day, I’d like to work for UNICEF. I want to help refugees that are going through the same thing that I went through when I was younger, to be their spark of hope and assure them that everything is going to be okay.

Or become a gold patron of New Humans of Australia and receive a book for free: www.patreon.com/newhumansofaustralia