I failed my English exams in my fourth year of my Finance degree in Colombia. At… 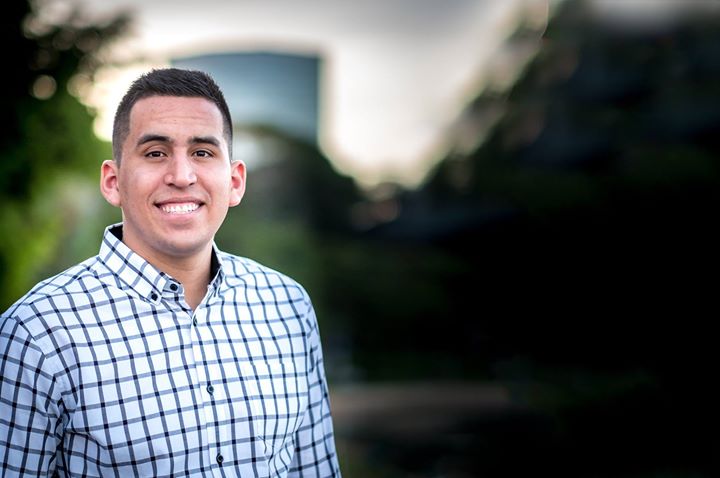 I failed my English exams in my fourth year of my Finance degree in Colombia. At that time, I had a cousin living in Darwin who suggested I come here to learn English, so I said, ‘Alright. Why not?’

It was very hard for me at the beginning. Sometimes I felt homesick. Still, after 2 weeks, I managed to find my first job in a pizza shop! It was really difficult to interact with the customers but I tried my best.

My next job was at McDonald’s. I’m usually a very talkative person – I like socialising with people, and making friends. But one day, someone at work said, ‘Hey Ben. Why are you so shy and quiet?’ It was the first time in my life someone had told me that. And I just thought, ‘From today, something needs to change.’

So I started getting involved in volunteer work, helping communities, and meeting people from everywhere in the world who couldn’t speak my language. I even played soccer for an Irish football team!

My original plan was to stay only for 10 months, learn English, go back home, and pass the exam that I had to pass. But everything was going so well in Australia that I decided to stay. That was the most important decision I have made in my life, as I’m an only child and I lost my father when I was very little, so my mother is back home on her own. It’s a very big sacrifice that we both have to make. But she told me, ‘Of course I wish you were here. I love you and I miss you. But if you believe that your future is there, then that’s the place where you should be.’

I next decided to do an Accounting degree at Charles Darwin University. In my first year, they gave me the opportunity to be one of their Student Ambassadors, helping students new to Australia to settle in. I also found a job at UniLodge as Residential Advisor and after a while, I became Customer Coordinator. It was an amazing job. I met people from everywhere in the world. Every week, someone would come and someone would leave. I made so many friends – a thousand! Now wherever I go in Darwin, I know someone.

This year, I started a new job with Navitas English as a Student Services Officer. Whenever I meet new students, I try to remember myself on my first day, and make them feel welcome.

Two months ago, I was selected to be a Northern Territory Government Student Ambassador as part of a project called Study NT. Then last month I was elected to be the National Secretary of the Council of International Students at their annual conference in Cairns, based on my speech, my experience and my determination to make it happen. It is the first time that a student from the NT has been elected, so everyone here in Darwin is so happy.

I’m proud of everything that has happened here in Australia. Things may seem unachievable, but don’t let anyone say you can’t do it, and no matter what happens, believe in yourself. Whatever you want in your life, as long as you really want it, will come at the right time, when you are ready for it.

Loved this story?
Why not get a copy of the New Humans of Australia coffee table book?
The perfect gift or conversation starter.
FREE SHIPPING until end of July. www.newhumansofaustralia.org/store