I come from a fairly privileged background in Pakistan, as both my parents had w… 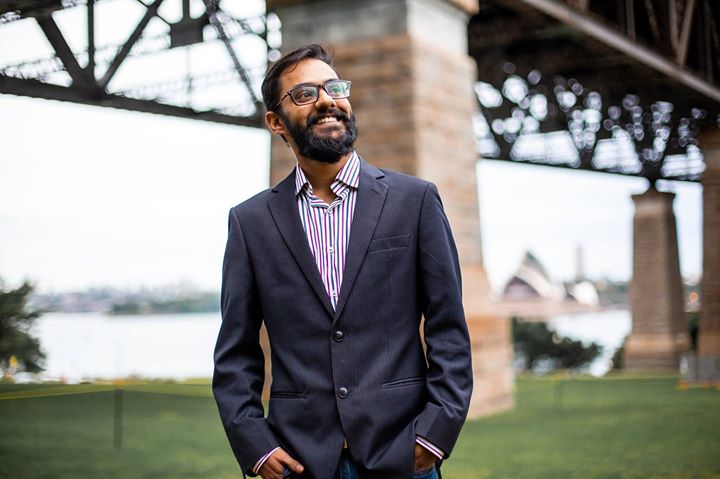 I come from a fairly privileged background in Pakistan, as both my parents had white collar jobs. We weren’t really rich though. Whenever we asked for something luxurious, the answer was ‘no’. But they were always prepared to invest whatever it took in our education, as they prioritised that above all else. So after I finished my mechanical engineering degree, I came to Australia to do my post grad studies. I first did my Masters in Engineering Management in Sydney, followed by a Masters in Energy Studies in Brisbane, which focused on low carbon solutions.

After I finished, I found it difficult to get a job in my field, as I was considered either over qualified or under experienced! It was also difficult because there are only a limited number of positions even available to people on the post study temporary visa. It was frustrating because my parents had invested so much, both emotionally and financially, in my education, and I felt a lot of pressure to repay them. But sometimes things are out of your control, and all you can do is keep trying any way you can.

As a result, I decided to do different work that would develop skills I needed in the workplace. One job I had in Brisbane was in door to door energy sales because I thought that communication was an area I needed to improve. This job was a brilliant way to learn about Australia, as every door opened was a conversation. I even did some work in country Queensland, an area that I had heard wouldn’t be very responsive to a coloured boy from Pakistan knocking at their doors. But I actually found that the people there were very, very welcoming. They had a different sense of humour, but the place they were coming from was almost always positive, and they were good sports if I made a joke back at them!

I excelled in sales in a short period of time, and I soon became a team leader. I also worked in a lot of warehouses and factories in Brisbane, which gave me a really good idea about what it was like to work hard.

Next, I moved to Melbourne because I heard there were better job prospects there. Although I still wasn’t able to find a paid job in my field, I was offered an an internship with a company that was monitoring solar technologies. At the same time, I started doing fundraising for UNICEF to pay my bills, which further enhanced my communication skills. Eventually, I found out that my application for permanent residency as a skilled migrant had been approved, which was a relief.

After that, I went back to Karachi for a couple of months to see my family. Karachi has a ridiculous problem with water, as many parts of the city still have to get their water delivered by water tanker, instead of through pipes, basically because of mismanagement. It has been that way since I was born, but I had never noticed it until I came back from a more developed country.

I started to realise that I had all the skills and qualifications to solve this problem, and I also started to think about that quote, ‘If not you, then who? If not now, then when?’ Eventually, I decided I had to take some steps to develop my own start-up.

In the beginning, it was just the name – Water Democracy, and the philosophy – to make people in charge of their own water. But when I started looking more closely at the problem of water, I realised that the problems in Karachi were still a somewhat privileged problem, compared to the one tenth of the world’s population who still don’t have any access to clean drinking water. After that, I decided to focus on clean drinking water as my main priority.

These days, we pretty much have the technology to solve all the social problems out there, but the biggest problem is that the tech is either too complex, too difficult to maintain or too expensive. However, I knew that at the core of most of these technologies there is a simple procedure, and what we tend to forget is that the simple procedure may be perfect to meet the needs of certain people, such as those who need basic things such as food, clean water, clean air and energy.

I have since developed a solar still which can purify water using only very basic materials such as wood, glass and adhesives. It provides 10-12 litres of clean drinking water a day at a very low cost compared to more sophisticated similar products. My co-founder and I are now organising the final details of our pilot to provide clean water equipment to 50 people in Bangladesh. After that, we plan to launch to market.

Throughout this process, I’ve received support from the start-up incubator Catalysr, which has really helped me get the project off the ground. I’ve also received some funding from the Foundation for Young Australians. But I’m still working in retail to support my own living costs. I’m actually working 7 days a week, but it doesn’t really feel like it. As long as things are happening and moving in the right direction, it’s worth it.

I’m giving it all I’ve got and I feel like I’m doing my part, and that feels good.