I began to question the existence of God when I was 16. It was a challenge for m… 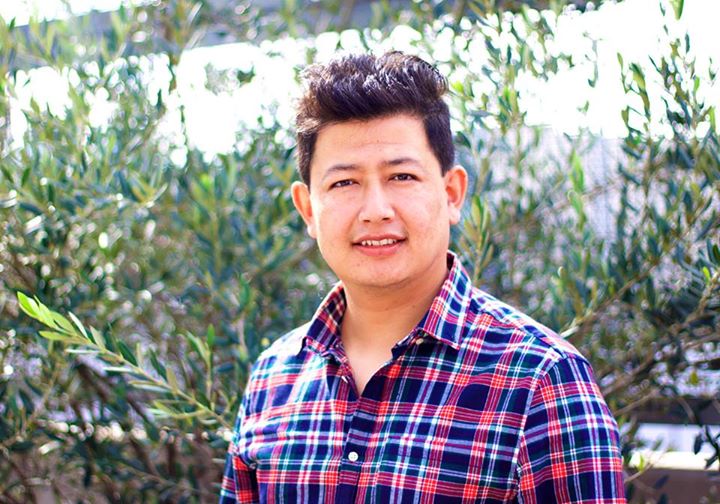 I began to question the existence of God when I was 16. It was a challenge for me, in the family as well as in the community – I had to be very tactful and diplomatic. Then, I heard that some religious extremists had made a list of non-believers to be killed, and that my name was on that list. There were also increasing attacks on Hazaras in Quetta, although my parents had moved there from Afghanistan to escape similar attacks. Finally, I decided it wasn’t safe for me anymore, and that I would try to make it to Australia. The trip cost a lot, so my parents had to borrow money to pay for it.

We flew to Malaysia, and then to Indonesia, relying on people smugglers to get us through the borders. Then, in Indonesia, on our way to the boats, 3 busloads of us were arrested and taken to a detention centre.

I knew that I would end up being in there for years if I didn’t take action. Some people had tried that morning to escape over one wall, but they had been unsuccessful because they had fallen into some thick mud. And the front wall had a lot of guards behind it. The other wall had an open area so anyone who tried to escape would be visible. So the only possible escape was the back wall, which was screened by another wall. Then luckily I saw the 3 guards there leaving for their lunch break. Another guy was facing the main area for me, he was my eyes, and I said, ‘Can I go now?’ He said, ‘Yes, keep going,’ so I went, his voice guiding me. When I got behind the first wall I waited for him to follow me, but he didn’t appear, and finally I couldn’t wait any longer, so I climbed the back wall alone. But when I looked over, I saw water running below. Unfortunately, I didn’t know how to swim, so I went back down, telling myself it wasn’t possible. But then I thought of all the money my family had borrowed, all that I might go through in the detention centre, and the danger I would face if I went back to Pakistan, and I said, ‘Well, even if it’s a fire, I have to go through it.’ So I climbed up again and went over, grabbing some barbed wire really hard so that I didn’t fall. Luckily, there was a thin strip of land between the water and the wall, which I was able to walk along. When I reached the road, I was scared that somebody might be chasing me, so I started running, but not very fast – I pretended I was just going for a jog!

When I got into town, I called my friends and told them I had escaped. They were so inspired that some of the religious ones fought for me to be on the next boat, because they thought I would bring them luck. I told them it was not luck, it was my free will but they didn’t listen. Anyway, I got onto the next boat.

It was quite a scary journey for all of us. We travelled for days without enough food or water. One night, the weather got really messy and we thought we might drown. But early on the 9th day, we saw people jumping into the boat with guns, and we realised that we had made it. All the religious people were praying, and others were cheering. When we got on the navy boat, people kissed the Australian flag, they were so grateful. Then, we were taken to Christmas Island, and given food and clothes and a place to sleep.

At first, we were happy, but gradually we started missing our freedom, and getting depressed. In the end, I got my visa in about 4 months. We all came on the same boat, but some of us got a visa and some ended up on Nauru. We didn’t know why. The sense of justice is not really consistent in the detention centre – you can’t understand it.

I was taken to Adelaide, which was good, a beautiful city, and I started looking around for work. But it was hard because I didn’t have any experience. I ended up in Mildura because I had a friend there. Then, another friend of mine who worked with migrants at MDA in Brisbane told me to apply for a job there. After I submitted my application, a guy called and asked me to come for an interview in two day’s time. I said, ‘Oh I’m in Mildura, can we do it next week?’ But he said, ‘Oh, I’m sorry, it’s only for people who live in Brisbane.’ So I changed the address on my resume, and submitted it again. A month later, I received another call. They had totally forgotten who I was! Again, they said, ‘Can you come for an interview in two day’s time?’ And this time I just said, ‘Yes’. I travelled from Mildura to Melbourne by bus, and then I flew to Brisbane, just making it on time for the interview!

Luckily, I got the job, and I’ve now been working there for four years as a casework assistant. I’m also the union workplace delegate.

I am glad to be part of this wonderful country. I feel people can achieve almost anything here. Now, my hope is that my son will contribute positively, just like myself, to this society when he grows up.

Thanks again to all who signed up last weekend, it was amazing! 🙂 If you would like to become a supporter of the New Humans of Australia project, please visit: https://www.patreon.com/nicolagray