I am Austrian and my husband was Italian, but we met when we were both working i… 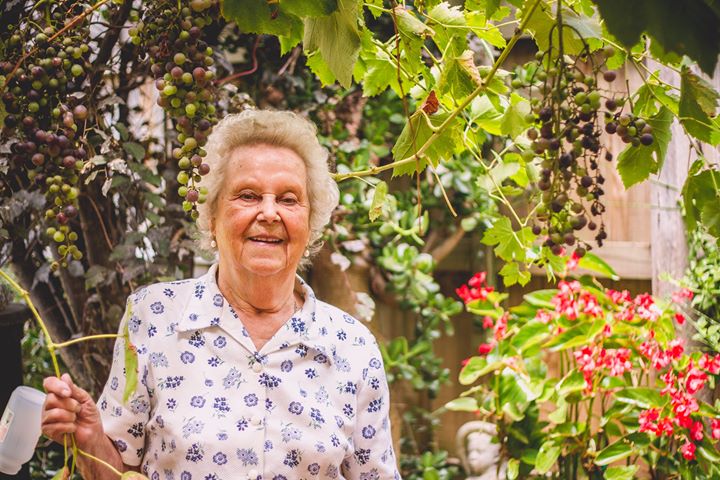 I am Austrian and my husband was Italian, but we met when we were both working in a hotel in Geneva. Because we couldn’t speak each other’s languages, we had to speak to each other in French! We liked our life in Switzerland, but we would have had to reapply for our visa every 10 years there, so after World War II, we decided to apply for Australia, where we would be treated more equally. At that time, I was 29.

Two days after we arrived, we got our first job at the Hotel Windsor in Melbourne. Honestly, we felt we were in paradise because in the hotel in Switzerland we had to live in a tiny room with a tiny window, but in this hotel we had a beautiful room with big windows looking over Bourke St. We worked there for nearly a year but we had to leave when I got pregnant.

After that, I went to work as a live-in housekeeper in Toorak for a very rich lady. Their family had race horses and imported the first Rolls Royce to Melbourne. I met Prime Minister Holt in that house. But it was tough. We had a tiny poky room and she had a mansion. And she was really demanding. I had to wear a black dress with a white apron, and she made me introduce everyone who arrived, which was really hard because I didn’t know how to pronounce the names! At first she said I could only stay for 7 months because I was pregnant. But we ended up staying there until my daughter was 2 years old. She liked my daughter when she wasn’t drunk, and then she would shout at me to take the child away. She was never married and didn’t have any kids herself.

But it all turned out well because later on, we became friends, and I used to go and visit her with my little girl and my second child. On her 90th birthday, she invited both my husband and I to her party, and I was sitting right next to her at the table.

After that, life became easier. My husband did a welding course at night school, we bought a house, and I was able to stop work and look after my children. We always had boarders in our house and that helped us pay off the mortgage. Our neighbours there hated us. One day, the wife told my husband to go back where we came from, but my husband said, ‘As long as we are paying taxes, I’ll stay here!’ But that was the only time that happened. As soon as we arrived here in Australia, we felt we were treated as equals. If we said we were Italian and Austrian, for Australian people it didn’t matter at all. At least we weren’t English!

Later, we bought four acres of land in Berwick and had cattle. Today it’s all cut up, but it was beautiful back then.

My husband passed away 23 years ago. It was very hard at the start. But I was young, I was only 68, and I told myself I could do it. So I sold that property and moved to this house in the suburbs. This year, I’m 91. I feel I’m very lucky. I have four very good grandchildren, and I get a lot of support from the council, who do a great job. But it’s harder as you get older, because you feel at night that you would like to talk to somebody, just daily things. And he was an absolutely wonderful man and father, just wonderful.

Don’t miss out on your copy of the inspirational, heartwarming New Humans of Australia book. The perfect coffee table book!