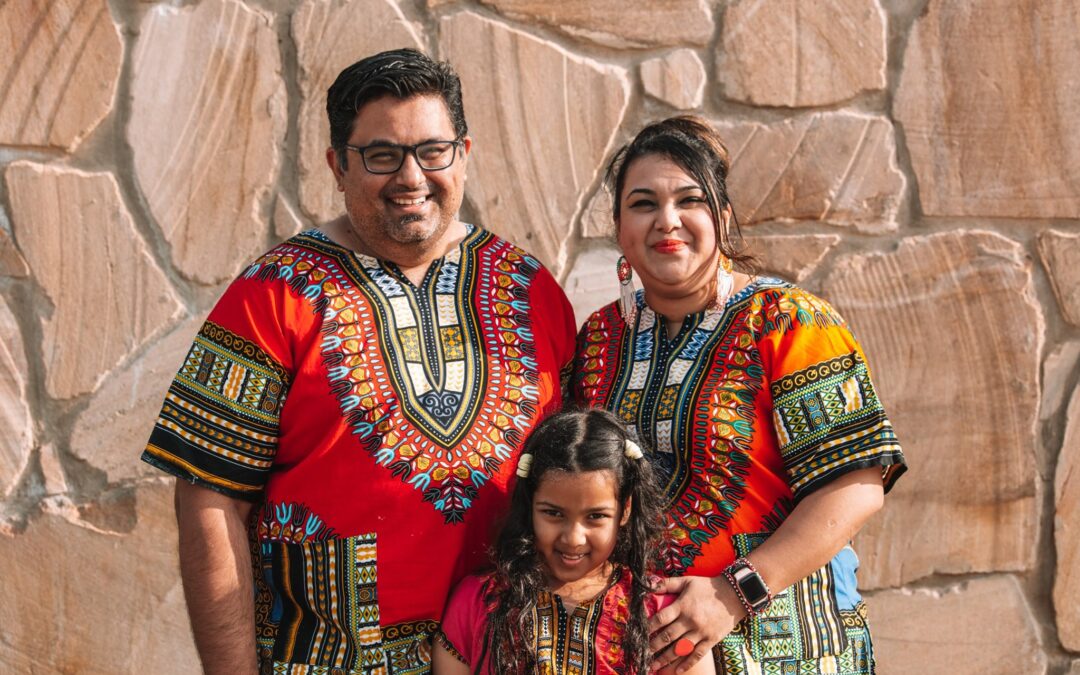 Both Imran and I are qualified accountants but for some time we could not get accountancy work, despite applying for many jobs. It didn’t matter that we had good qualifications and several years of experience from Kenya. Everyone said we needed Australian experience.

We really struggled. We had sold everything in Kenya, and arrived here with about $3000 which is a lot of money back home, but doesn’t go very far in Australia! Luckily, we were able to stay initially with Imran’s family members in Canberra, and his mum also assisted us in every possible way, which I will be forever thankful for.

Initially, I found it quite depressing and isolating. It was very quiet here, and I missed my family a lot. Also, in Kenya, the weather is always good, and we had domestic staff who did everything for us. So I had a lot of adjusting to do.

After 6 months, I got a job at Coles Express. But I remember waking up on those cold winter mornings to open the store at 4am, and thinking – what am I doing here?

I finally got an accounting job at Canberra Motorcycle Centre. My boss and the directors treated me kindly there, and I was so grateful to them for giving me an opportunity. It felt like a miracle!

They liked my work, and I enjoyed working there. But unfortunately, after about a year, I fell pregnant, and had lots of complications, so I had to stop because I needed bed rest. I asked my boss if they would consider hiring Imran to replace me. Amazingly, my boss decided to give him a chance, and he went on to work there for many years.

I went into chronic depression during my pregnancy because I was so afraid of losing the baby. My mother came here, and she was a big support, but she also got very depressed here, as she missed the community and connection she had back home.

Things got worse after my daughter, Aaira, was born, as I had bad post-natal depression. I went back to Kenya for 6 months until I felt better. But when I returned, I was all alone at home with Aaira, staring at the four walls, and I got depressed again.

I was able to get counselling, which was very helpful. My counsellor arranged three months of day care for my daughter, and Canberra Motorcylce Centre took me back to work. But then I fell pregnant again, unexpectedly, and I again had complications, and had to stay home.

Unfortunately, I miscarried at five months. I was lucky to have my eldest sister here, but it was still devastating. Imran and the family made all the burial arrangements and did the rituals as per our religion. There are photos of that, but I’ve never been able to look at them.

As I was feeling suicidal at that time, I went back to Kenya again for three months. And when I got back, things were OK. I found work, and Aaira was doing well at daycare. But I became a little obsessed with having another baby, as I wanted my daughter to have a sibling.

One night, I was feeling very unwell, and I blacked out. Imran called an ambulance. I had to go to surgery because they found I had an ectopic pregnancy. My tube ruptured, I lost three litres of blood and came very close to death. Imran and I decided that we were not going to have another baby. But I became severely depressed and it was extremely hard to come out of it.

A few months later, I had a bad panic attack. The symptoms were terrible, I felt like I was going to die. I was taken to hospital and spent two weeks in the mental health ward, where I was diagnosed with chronic anxiety.

After I left hospital, my anxiety got worse and I kept having panic attacks. I couldn’t do anything – I cried all the time, I couldn’t look after Aaira and that made me feel worse and guilty. Eventually, I was referred to a psychologist and psychiatrist.

It so happened that at the same time, a recruiter called me about a possible job at the National Museum of Australia. Although I told her about my condition, for some reason she really persisted, and convinced me to go for an interview. I went into that interview with such high levels of anxiety, so I couldn’t believe it when they offered me the job!

Still, I didn’t feel well enough, and I told the museum about my situation, and declined the role. But they were very kind and said they would wait two weeks, to see if I changed my mind. And after my psychologist talked me through it, I decided to give it a go. It was definitely the right decision. Both the CFO and managers have played a huge role in helping me deal with my anxiety at work, which I am very grateful for. And nowadays, I am feeling much better!

It’s great that mental health is taken seriously in Australia, whereas in Kenya, it’s still stigmatised and seen as a way of seeking attention. One day, I would like to help change that.

I am so grateful to all those who have supported me over the years – my family, my in-laws and, most importantly, my husband, who has been there for me through thick and thin.