As a child, I witnessed all the chaos that came with the war in Iraq – civil unr… 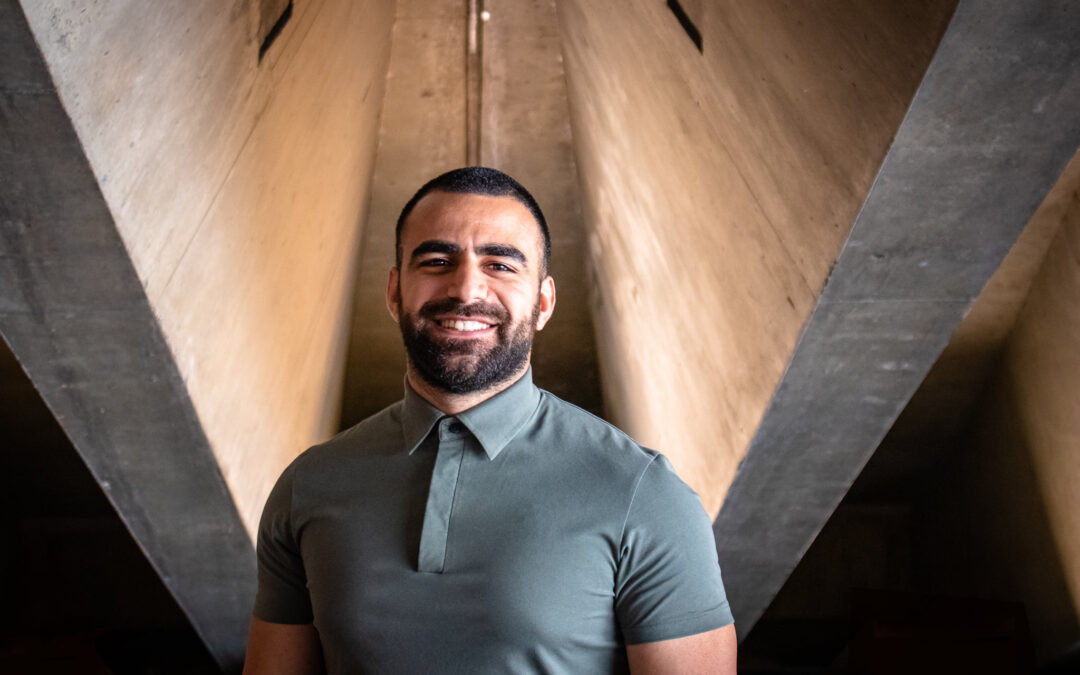 As a child, I witnessed all the chaos that came with the war in Iraq – civil unrest, people going missing, people dying. Also, as Christian Assyrians, we experienced religious persecution, where the militia would come to your door and tell you either to convert, leave, or die. In the end, my family was forced to flee to Syria. I was only 11 at that time, but I still remember being really upset to have to leave my grandparents and my friends.

My dad was a civil engineer, and he risked his life to go back to Iraq to work for months at a time so that we could go to school and live in safety in Syria. The sad thing was that whenever he left, the goodbye would be like you might not ever see him again. At that time, the road between Iraq and Syria was known as a death road – a lot of people were robbed, and a lot of people were killed. So he took this great risk for us which I can never thank him enough for. And also my mother for taking on the role of both father and mother.

We stayed in Syria for about six years, applying for different refugee programs, but never succeeding. The hardest thing was that the uncertainty meant we could never really set up our lives properly.

The day when I found out we were going to Australia was actually one of the most exciting days of my life, because it was the only country we had immediate family. I remember I went to one of those old dial-up internet cafes, and typed in ‘Sydney, Australia’, and the first thing that came up was the Opera House. And I thought to myself, ‘When I go there, I want to see this!’

In fact, one of my cousins took us to see it on our second day here. It was a really important moment for me. As my dad is a civil engineer, I was already interested in engineering and architecture, but seeing the Opera House was a real catalyst for me to pursue architecture as a career. I was amazed by it.

It was really great to arrive in Australia, but what you don't anticipate is the amount of hard work that it’s going to take for you to set yourself up. Arriving as a 16 year old, trying to acclimatise and to set up my whole social infrastructure again from zero was a challenge.

I went to an intensive English Centre for 2 terms before going to high school. But I still had days where I would go home and cry, because of how hard it was to learn in English. The sacrifices my parents had made for us to go to school in Syria had come with some responsibility to perform well, so it was frustrating for me to suddenly struggle academically. I was also bullied by some kids at first.

Eventually, I came to this pivotal point in my life where I said to myself, ‘You can either come back here every day and cry, or you can actually do something about this situation. If it takes someone that was born here an hour to do the homework, it’s going to take you six hours, and that’s what you’re going to do!’

As a result, I did put in those six hours. Over time, it became four hours, then three, and eventually I caught up to a lot of people that were native English speakers. I also pushed myself to speak more, to socialise more, to play sports, and to get out of my comfort zone. And slowly, I started making friends. After a year and a half, I actually became a School Captain. And after school, I got into a double degree at the University of Technology, doing a Bachelor of Design in Architecture and a Bachelor of Creative Intelligence and Innovation.

Next, I applied for an Opera House scholarship, the MADE (Multidisciplinary Australian Danish Exchange) program, created to teach and preserve Utzon's legacy by allowing five Australians and five Danes to do an exchange every year. At first, I didn’t think I had any hope. But then I managed to get through the first round, then to the interviews, and then to actually getting the scholarship! That was a big turning point for me. I really felt like I had come full circle from that day when I first saw the Opera House at that internet café back in Syria.

I always try to use my story to inspire others. I've gone to high schools, I've spoken to new migrants, and I've spoken to other migrants’ kids. My message is: ‘If you put something in your mind, even if you come from a disadvantaged background, nothing is stopping you from achieving your dream.’ I wouldn't be who I am without the struggles I've been through, without the good people and the bad, without the happiness and the sadness, without the obstacles. I try to embrace everything.

Of course it's an ongoing journey. But I think that's just what life is, constantly pushing and setting up goals and going after them!

Would you like to support my labour of love with a small recurring donation this year? You'll not only get a gift copy of Book 1, but also all stories delivered direct to your inbox, plus the opportunity to give feedback and engage with me. Please help me keep NHOA free and ad-free in 2021. ❤️ www.patreon.com/newhumansofaustralia