Although my mother is Jordanian and I was born in Jordan, my father is Syrian an… 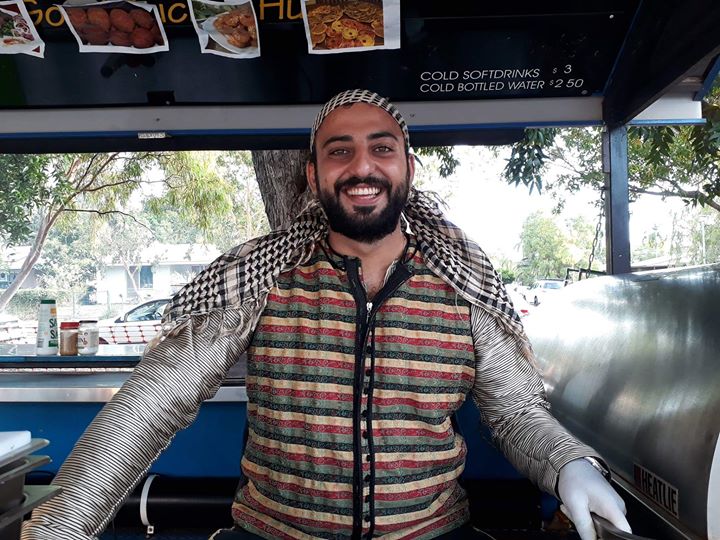 Although my mother is Jordanian and I was born in Jordan, my father is Syrian and in Arabic countries we follow the citizenship of the father. Every year we used to go to Syria for holidays, and every year my father would say, ‘Just one more year and then we’ll move back.’ After we turned 18, my brother and I were asked to do the military service in Syria, but we said no because we wanted to finish our degrees. As a result, the Syrian embassy wouldn’t issue us passports.

Then, the Syrian war started. Our situation was so complicated. The Jordanian government said we were Syrian, but the UN said we should be treated like Jordanians, and wouldn’t grant us refugee status. Finally, we went to the Australian embassy directly and showed them we didn’t have any passports and the law that said that we couldn’t work in Jordan, or have a bank account, or even drive a car.

We thought it would take years, but three months later, we had an interview, and were eventually accepted. We told them we’d go anywhere where we would be respected as human beings, so when they said Darwin, we said Darwin! OK!

Our first stop was Brisbane. It was such beautiful weather there, with just a little bit of rain. But when they opened the door of the airplane in Darwin, the humidity was a like a punch in the face. And we thought, ‘Oh no! Send us back to that other place!’

After a few days, we started to search for the ingredients for our food but we couldn’t find anything. We started asking all our neighbours, ‘Where can we get this?’ But they didn’t know, and finally, we realised that nobody here was doing Arabic food. So I said to myself, there’s an opportunity here to start a business and to use my Hotel Management degree. But I found I couldn’t get a loan from any bank because I was still so new.

Then I met an MP, Terry Mills, at my church. We started to talk because he wanted to know about the refugee situation. I told him that usually as soon as refugees arrive in Darwin, they leave, because there are huge communities down south to support them and even to give them their first job when they don’t speak the language yet. But here there is nothing. I told him, ‘I want to change that. I can import stuff from down south so I can sell their ingredients here. And I can give them work.’

After 3 or 4 meetings talking about my business plan, he agreed to give me a loan to start a food truck. He really trusted me. He said, ‘You don’t need to sign any papers. If you pay me back, that’ll be good. If not, that’ll be your responsibility.’

I actually paid him back in three months and he was very surprised.

Now I sell at all the markets, and everybody knows me. At first, no one knew anything about Syria. All they knew was – they are Muslims and they are fighting. When they find out I’m Christian they are often shocked. I say, ‘Hey, come on, Jesus came from that land. He’s like our cousin!’ We have many minorities in Syria. We don’t move around on camels and horses – we have fancy cars, fancy buildings, and we were the only Arabic country that didn’t import anything because we manufactured everything.

Whenever I work, I wear Syrian traditional clothes, even though it’s crazy hot, because I want to show there is a tradition behind the food. When the customers try it, they say, ‘It’s different from the one I buy at Coles,’ and I say, ‘That’s because this recipe is from my great great grandparents.’

I want to thank the Australian government and the Australian people for letting us in and giving us this opportunity for a better life. My next step is to start a restaurant here. Then I hope to do a franchise model all over Australia.

I keep going to the university to check on new arrivals and sometimes Arabic people will work with me on my truck. Darwin is so hard at first for refugees at first, but it is a great place in the long run because it’s really mixed. There are no Jewish, Lebanese, Vietnamese or Chinese suburbs like there are in Sydney, so it is easier to learn about Australian culture and the language. Now, my family always has our doors open, and all the neighbours come in regularly for lunch and dinner.

The New Humans of Australia coffee table book is the perfect gift or conversation starter!

Get your copy here: www.newhumansofaustralia.org/store