After school, I did a Bachelor degree in Psychology, which was quite unusual for… 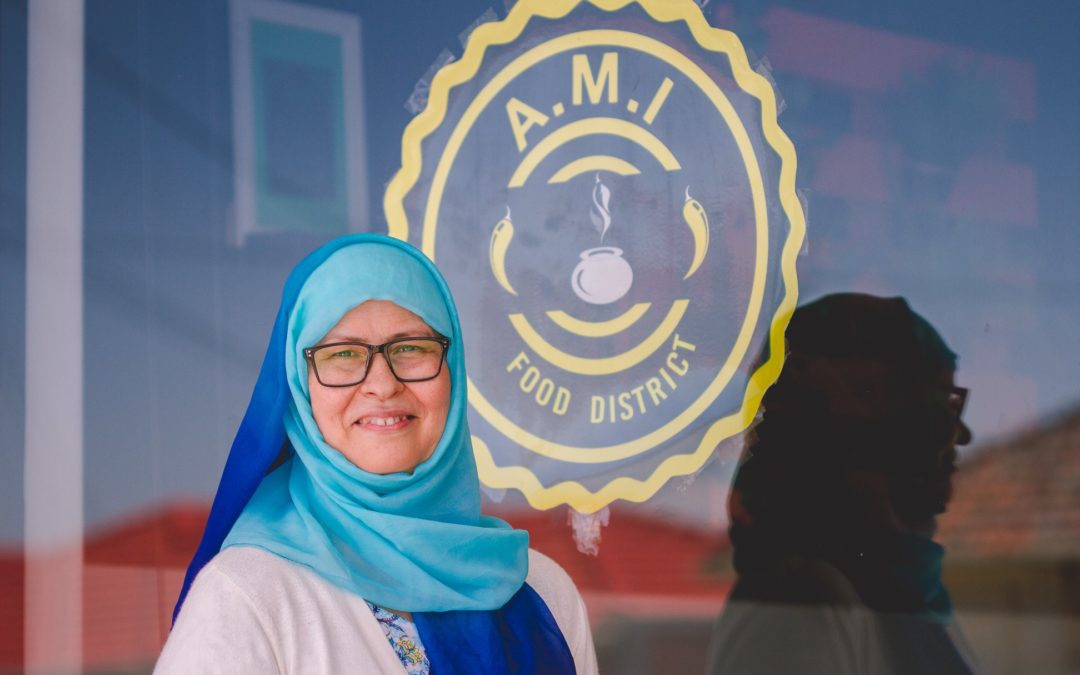 After school, I did a Bachelor degree in Psychology, which was quite unusual for a Hazara girl in Quetta at that time. But my father was a very broad-minded man. He told me to go and study whatever I wanted. Still, when I was ready to start a job he said it was time to go and get married. I was disappointed, but because of my culture I had to compromise.

I married a very well-known businessman of Quetta, and for cultural reasons, he also didn’t want me to work. We had enough money to live comfortably, and I did my duty of being a housewife. Later, I had a maid to help me because my husband was doing well. I also had four children – two sons and two daughters, and I focused on bringing them up to be educated people.

Unfortunately, because my husband was a businessman and was also doing social work with the Hazara people, he was threatened by the Taliban and extremist Muslims. They told him they were going to kill him unless he stopped working. Around that time, some of my family members were attacked by these extremists, so we knew it was very dangerous. As a result, we moved to Karachi, but it wasn’t much better. My husband actually witnessed a bomb blast one day but luckily wasn’t hurt.

By this time, my eldest daughter was in Australia to do her Masters and my husband, my youngest daughter and I decided to visit her in Australia. While we were here, the situation back home suddenly worsened, so we decided to stay here and apply for a protection visa.

We had brought only a few changes of clothes in a small suitcase for the three of us, and we only had around $20,000, which is actually nothing for a family to rent a house and start a new life. We didn’t even have a glass to drink water from! It was very difficult, especially for me. I could speak only a little bit of English. But I started English classes in the church and the library, and I got a little bit better.

For two years we were on a bridging visa. My daughter finished her Masters but it was a struggle for her to find a job. She started working at a restaurant to help support us, and my husband worked in a small grocery store as well. It was a step down from the work he was doing in Pakistan but we needed the money.

When we found out our PR had been finally approved, I was very happy. We were calling everybody to tell them our news. That day it felt like we had wings and we were flying!

At that time I was working with the Australian Hazara women’s friendship network, where we started an English class for the new migrant ladies. I also worked with a not-for-profit organisation called SisterWorks, which helped women start their own business. My husband told me whatever I wanted to do, wherever I wanted to go, I could do it.

Everybody always told me my cooking was very delicious, so next I asked my husband if we could start our own business, and he said that he would support me. It’s a long process to start a food business, with a lot of difficult paperwork. Sometimes I got frustrated with the stupid questions that I had to answer! But eventually I completed everything I needed.

Then I started doing stalls at different festivals, and also catered for different organisations such as the Red Cross, Oxfam and SisterWorks. Slowly my business grew. After three years we bought a takeaway business in Dandenong and started doing our own food. Now it is very, very famous, especially my biryani! We have helpers but I still do all of the cooking by myself. Every day, I start at 12pm and finish at 9.30pm.

Back home, I never thought that I would be a businesswoman. Now I feel empowered that I have a business and I can support my family. This would not have been possible without my determination and my hard work and the support of my family, especially my husband.

I love Australia. It is a beautiful country. All of my children are now here with us and I am so proud that they are all highly educated. Now is a time that I am trying to give back. My daughter will be a doctor in two years and my other daughter is working in the NDIS. We are all working, paying tax and contributing, and I feel proud of that.

POST CHRISTMAS BOOK SALE: For one week only, we are offering the heartwarming NHOA coffee table book at a very special price. Just use promo code JANUARY to get $10 off the price of all single books!