(9/9) From that day, I started my political activities outside of Syria. I was a… 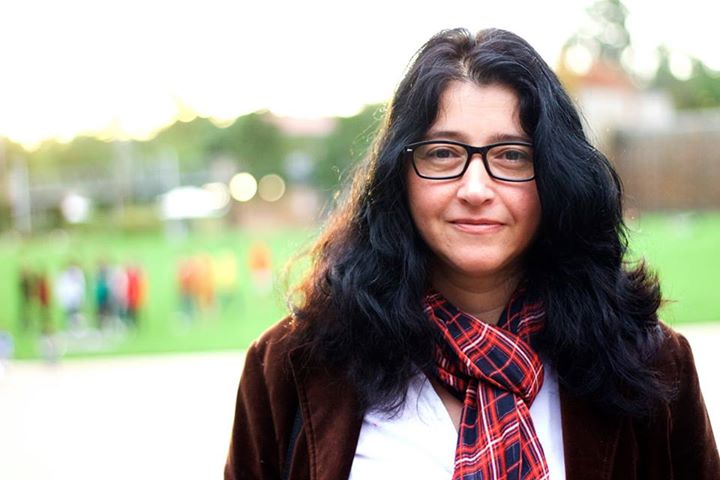 (9/9) From that day, I started my political activities outside of Syria. I was a member of the Opposition, and became very active in human rights and helping the Syrian refugees there. I also spoke about what the Syrian people had suffered to many Arabic media channels, to many politicians, and to the UN. And I was a member of the delegation in the Geneva negotiations, responsible for human rights. However, after the first year, the revolution became an army revolution, which was against my principles, although I understood why it happened. I still supported the desire of the people to change the government, but I did not support the armed forces. So even though I was a member of the Opposition, it was clear to everyone that I was democratic and that I believed in freedom.

All this time, I was still being threatened by the regime, and there were also other groups that were against me, like Daesh (ISIS). So I still felt unsafe, even in Jordan. The regime also kept up their smear campaign about me. In the end, I couldn’t handle it anymore. And I was afraid for my children. They were very smart in school and they wanted a future, but they were growing up stateless. And I was afraid they would be harmed by those groups. I needed a safe place to give them a chance, and to give myself a chance to start again. Also, after the failure of the Geneva negotiations, I felt that the whole process was useless. All the countries around the world were interfering and it had become very complicated. So what was I doing? Nothing.

Eventually, I asked to seek asylum and the UN gave me the right to come to Australia as a refugee with my family and my sister’s family, who had followed me to Jordan. I had a lot of choices, because I had a very clear and strong file, but I wanted to come to Australia for many reasons – because it’s a peaceful country, because we spoke English, and because it’s not really involved in the Syrian situation. And I chose Brisbane because I wanted to start in a calm place. I started working, and at the same time studying Counselling. Now I’m working in an organisation called Access, supporting refugees. When I help people, I don’t care about their political opinion, or their religion, or their country. For me, this is a humanitarian issue.

I’m also still doing my activism here. It’s different now, though. Now I am only speaking about the Syrian refugees, and trying to support them by telling people about our culture. I have many things to work on here, to make Australians really aware of what is happening in Syria, because there is a lot of misunderstanding.

I really appreciate that Australia opened the door to Syrian refugees to come here. Still, this is a really big country and I feel it could take more people. For example, Lebanon has more than 2 000 0000 refugees and they are a tiny country.

Syria’s civilisation is thousands of years old. For 50 years, we were suffering from a dictatorial regime, but we are like all other people around the world – we deserve to be free.

This is the ninth of nine posts telling the story of Syrian activist, Rima Flihan.