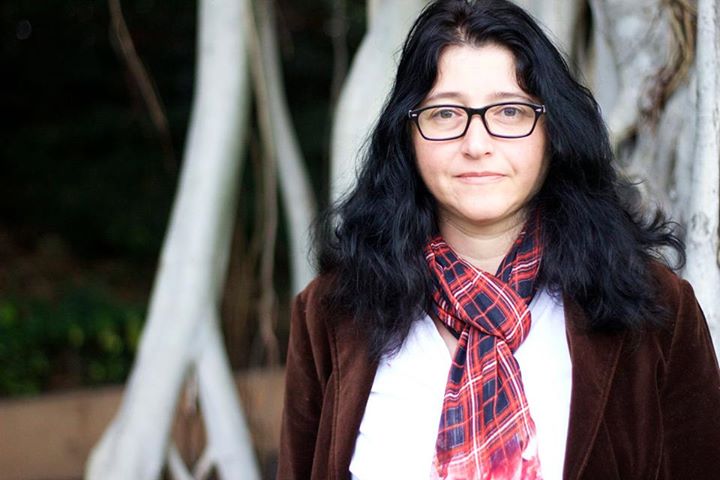 (7/9) They put us in jail. We 10 women were in a room about 3 square meters with no beds and no window. But the men were in another room nearby, so we could hear each other. We all started shouting and singing as if we were still in the street, which made the officers angry. It became clear to us that something was happening outside which was making it impossible for them to torture us, as they all seemed frustrated and were kicking things. I suspected it was something in the media from the message I had sent. From that day, we started a hunger strike.

The next day, a soldier came and said, ‘All the people are saying bad things about you outside and nobody is attending rallies’, so we knew the opposite was happening. But it was a big pressure for us, as we didn’t know if anything was happening to our families. Also, when you are on a hunger strike, you feel very tired. Someone always had to sit up to let the other sleep, because there wasn’t enough space.

On the fourth day, a colonel came and said, ‘We will give you a chance this time’. Then he said they would take us to the court. They lead us out in chains. Outside, there was a group of about 200 people waiting for us, shouting our names, and the word ‘freedom’!

In court, they told us we would only be fined. But when we got out, a group of Shabiha attacked us. We ran away to a café, which the owner locked up, but they found us, and started shaking the doors. Then we ran out the back door, and they chased us and threw stones at us. Three of us jumped into a taxi. I told the driver where to go, but he changed the road and we suddenly realised we were outside the intelligence branches, and that the driver was from intelligence. If you were arrested in Syria, the people needed to know, but if they took you like that, secretly, they could do anything, and accuse others of killing you. So we opened the taxi door and ran away into the street. Then, we hid in a building for 2 or 3 hours.

When I reached home, I got a phone call from people in my neighbourhood, who told me there was a funeral for some martyrs which they wanted me to attend. When I got there, it was really emotional because thousands of people were saying with one voice, ‘Welcome Rima, the Syrian people will never lose your dignity, all of us will follow you until you die’. I couldn’t believe what I was hearing. I said a few words in the microphone, which someone filmed and uploaded on youtube. Then the BBC took it and aired it.

When I came back home that night, the Shabiha were waiting for me. I had locked the door, but they came to my floor and started shaking it. I didn’t know what to do. I called the police, but they started laughing and said, ‘We don’t have anything called Shabiha, take care of yourself.’ Luckily, someone called the other people at the funeral and said, ‘This is happening to Rima’, and a group of people came to protect me. When they saw those people coming, the Shabiha ran away.

Then, the caretaker of the building told me I should leave. He had heard them planning to kill me the next day. So I took my bags and went to my friend’s house. Later, she rented a house for me in her name in the same building. But of course they found me. At this time, there were 3 arrest warrants from the intelligence forces for me, and my picture and my name had been distributed to all the soldiers on the streets. But they didn’t want to come to my home and arrest me.

They wanted to do it so that people didn’t know.

This is the seventh of nine posts telling the story of Syrian activist, Rima Flihan.