(6/9) Now, because I didn’t have my children with me, I became even more involve… 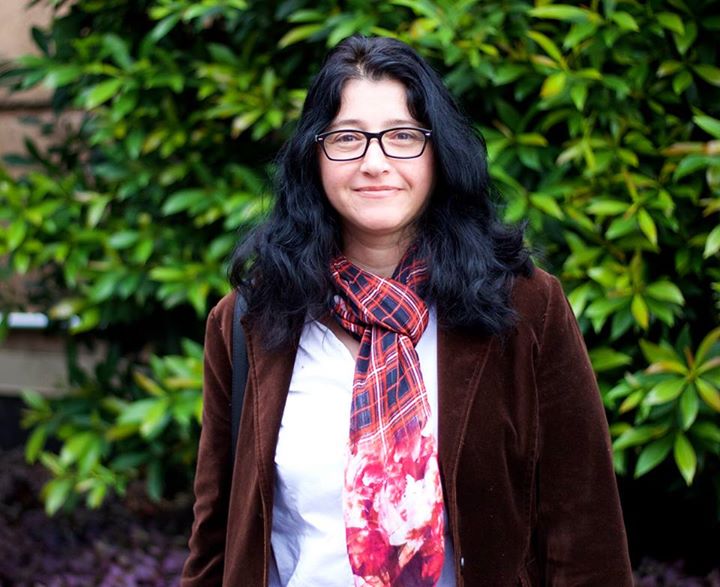 (6/9) Now, because I didn’t have my children with me, I became even more involved. I was participating in every single movement. I was more involved in the committees, and I started to go to my home town as well, to meet with the young people there to convince them to protest. Then, the regime started to say there were no peaceful movements, that we were groups of armed muslims who wanted to kill the minorities, that we were not even Syrian and that they were going to protect everyone from us. We wanted to show that that was not true. So I had this idea to have a special rally made up of journalists, writers and actors asking the regime to free the detainees and to give us freedom.

We wrote on our Facebook pages: ‘On this day at 6:00, we are going to be near this mosque. We are the people putting our name and we will go to ask for these things’. Then, everyone knew that the regime was in a terrible position, as we were clearly not armed Muslims, and everyone would see that if they arrested us.

On the day, 28 people started peacefully protesting, and within a few minutes, hundreds of intelligence officers surrounded us with their weapons, it was unbelievable. Then, a colonel came and stood in front of us, and said, ‘Go back home now’. We said, ‘No, we are not going back home.’ He said, ‘It’s not your place here, you must not participate in these silly things’, but we said, ‘No, we are not going to move’. Then three of us raised our hand and said, ‘Freedom,’ and when we said that, they started beating us. Then they arrested all of us, 10 women and 18 men, and took us to a bus. While they were pushing us towards the bus, I was holding my mobile in my hand and I wrote the first 3 letters of the word ‘arrested’ and sent it to a journalist living in another country who knew what I was doing. A soldier saw me and took the phone from my hand, but I had already sent the message.

While we were on the bus, I was looking at the faces of the other protesters and no-one was afraid. Something had happened. It was strange. We lived in a kingdom of silence, where we never heard our voice, so when you are surrounded by people, most of them you don’t know, yelling with the same voice, at the same time, the same thing, it’s a feeling which is not like anything else, it’s like being born again, taking your first breath again. It’s freedom, it’s the right to say what you want, and this feeling makes people never want to go back and never to be afraid again.

Even if you hear the gun shots and you see they are arresting people, you don’t care. It’s like magic.

This is the sixth of nine posts telling the story of Syrian activist, Rima Flihan.