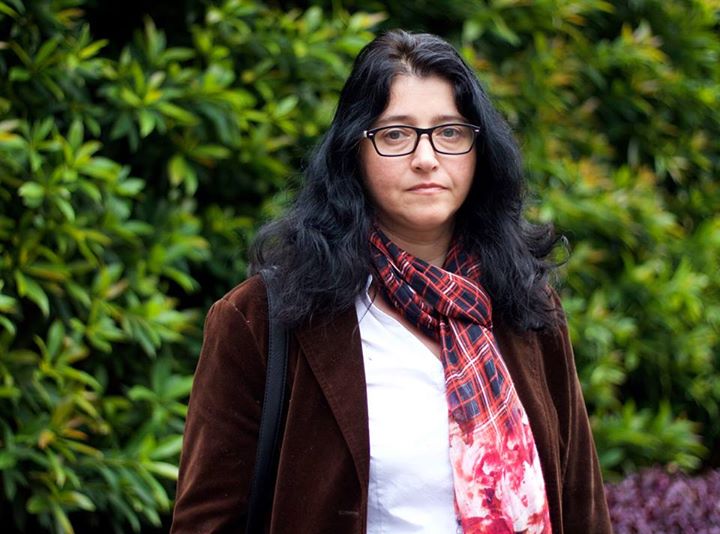 (3/10) Then, Daraa. It started when children in that town wrote on a wall, ‘It will be your turn soon, Doctor.’ Intelligence arrested those children and tortured them and took off their fingernails. They were around 10 – 14 years old. Then, the people in Daraa went to the street and asked for their children, and a cousin of Assad said to them, ‘Forget about your children, and bring me your women to make them pregnant with other children.’ As this was harming their dignity, the people became very mad. They are farmers there and very proud and they went to the street, thousands of people. Then the regime sent the army and started shooting and people started dying on their land because of lifting their voices. And here my problem started seriously with the government.

The regime had surrounded Daraa and were preventing bread and milk going in, and after a few days, people started suffering, especially the children. On my Facebook page, I saw a photo of an old woman with a child, holding an empty milk bottle. I don’t know what happened to me at that moment. The child looked like my boy when he was the same age. I started crying, and I wrote a statement on my facebook page. It was only about three lines. The voice of a mother. It said, ‘I am asking the government to avoid harming the people in Daraa and please let the milk and the food in. They are not guilty. They are only children.’ Everyone had been waiting for something to break this and nobody had known what to do. So when people saw my post, they started putting their names on my facebook page in the comments, everyone signing, signing, signing. Actors, journalists, even people who supported the regime, were all signing. Many people who signed were very famous, much more famous than me, which was horrible for the regime. In two days, 1400 people signed and all the Arab media and some foreign media took it and translated it. As a result, the regime started going crazy. I published this statement on Thursday.

On Sunday morning, I was driving my car and I turned on the radio and heard, ‘The traitor, Rima!’ They were also reading the names of all the people who had signed, and were threatening that we would all be killed. Then they said that nothing was happening in Daraa.

From that moment, they started following me and threatening me.

This is the third of ten posts which will be published over the course of the next week telling the story of Syrian activist, Rima Flihan.