(1/2) Our family is very nomadic. My kids are first generation Australian, I’m f… 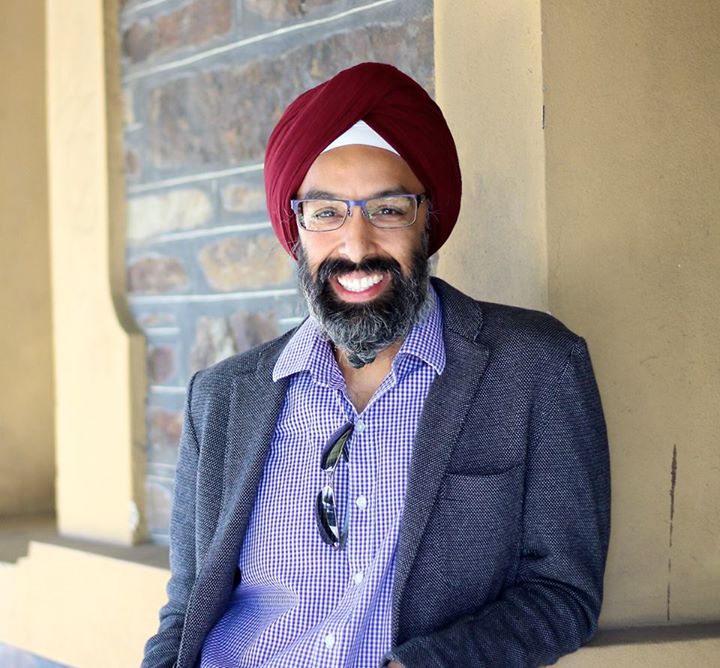 I loved my childhood. I was an only child and the youngest in my extended family. We did a lot of things that would normally not have been done by Indian families back then, like camping! We also had a boat parked outside our back garden as our house backed on to a canal. When we had parties it was a strange sight – a boatload of Sikhs going down the canal!

Then in 1980 Dad came out to Australia to visit my uncle, and when he got back, he said, ‘I love it, let’s move there’. I was 13 when we arrived. It was a big adventure. Everything was very different, very open, very flat, and there didn’t seem to be many people! Dad didn’t want to work as an engineer here, so my parents decided to get a fruit block in the Riverland, growing oranges and apricots.

Suddenly I was living on a farm and going to a country high school. I was the only turbaned Sikh there, but I made quite a lot of friends. Still, my closest friend was 5 km away! Unfortunately, the year after we bought the farm, the recession hit and the bottom fell out of the market, and after that we had to do all the fruit picking ourselves rather than hiring pickers. As a result, all my spare time and holidays were spent working on the farm, which was a hard contrast to living in London with a boat parked out the back.

I always felt British as opposed to Australian. But when I was 18, I went back to England for the first time, and it was just not what I had pictured in my mind. The colours all seemed grey and dull, the houses were narrow, the roads were cramped and the people were different. Australia seemed more vibrant and open in contrast.

When I came back, I felt Australia was home.

If you would like to support the New Humans of Australia project, please visit: https://www.patreon.com/nicolagray