(1/3) I was involved in the Iranian Green Movement or Persian Spring. We believe… 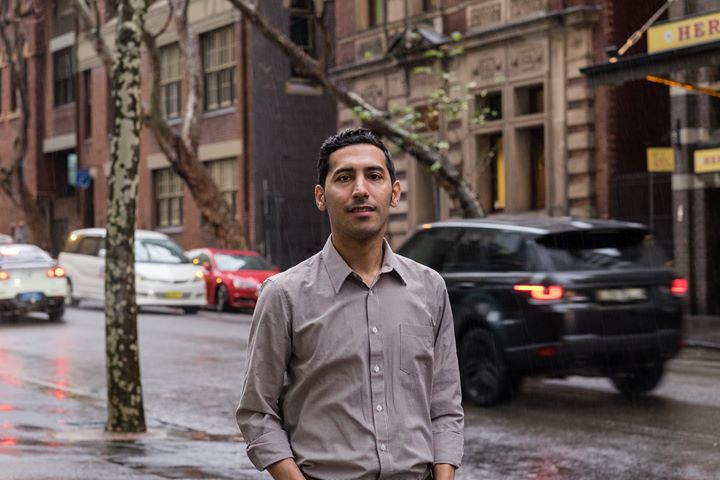 (1/3) I was involved in the Iranian Green Movement or Persian Spring. We believed in freedom, and were protesting for weeks against what we believed was a rigged election. First, one of my friends got shot by the militia. Then, a few of my friends were arrested, and when you are arrested in Iran, you may be tortured or killed. Over the next few months, I grew more and more worried that my friends would give my name under torture, and this was also like a kind of psychological torture for me. Finally, I decided I had to leave. For me, going to Indonesia was the only way I could leave Iran quickly, and some of my friends had already come to Australia successfully by boat from there, so I made the decision to do the same. A few weeks after I left, I was summoned to court in Iran, and usually when this happens you don’t come back.

I first flew to Jakarta, where I met a smuggler who put me in a motel with other people who were also waiting, four to a room. Usually, it doesn’t take that long before you go, but I was waiting for almost 2 months. It grew more and more stressful, as we were running out of money.

Finally, one day they put us in vans and took us out of Jakarta. But on the way, we were stopped by police. At first, we weren’t too worried because the smugglers had told us that they paid off police, but when we were taken to an immigration office nearby, we quickly figured out that it was real. One guy was in contact with another smuggler, who said, ‘Don’t trust these guys – if you can, run away’. So my friend and I went to the toilet and then we snuck out over walls and fences. Beyond that it was all farmland, and we just ran until we came to a town, where they let us make a call to the smuggler in an internet shop. He told us to come back to Jakarta and sit at the front of UNHCR.

Other people who had run away also arrived there. They were all in very bad shape as they had had to fight to get away. We were all scared because we were in a foreign country, we didn’t know the language, and now we had run away from immigration. Finally, the smuggler sent someone who gave us some money and took us to a motel. This time there were 7 or 8 people in each room.

Next, they sent us to a villa about two hours outside of Jakarta. A few days later, three young people came in. They were dirty, tired and stressed, and they kept asking for a person called Ali. When we said we didn’t know him, they were so angry and resentful. Then they told us that they had been on a boat which had sunk and a lot of people had died. They told us not to trust the guys, so that night, all of us went back to Jakarta, and again the smuggler found us some apartments. There was no money, and we started fighting with each other. It was a bad time.

The third time, we again went into the jungle and stopped in a very little village. I was worried already. I knew something was wrong. And after half an hour, the police came and took us to the nearest police office. From there, I escaped from the toilet again, but this time I was in the middle of the jungle, and it was getting dark. After a while, I went into the village and asked a group of guys for help, but from their reaction, I realised they knew my story. So I just took off, running 100 metres into the jungle. It was very dirty and very dark and I was scared. Eventually, the people came with lights, and caught me. I was beaten like crazy, but I was lucky because as they were beating me they were dragging me back to the police office, and when we got there the police officer told them to go away.

Next they sent me to immigration, who took me to a motel guarded by two policemen. A few hours later, I managed to get away again with another guy. I had nothing left, but he had money and a phone. We took mini-buses from city to city, back to Jakarta, and I went to stay with an Indonesian girl I had met, as I had no one else, and I didn’t want to call my parents and stress them out. The smugglers were now completely uncontactable. I was very angry, and stressed about what to do.

A few days later, I bumped into a guy on the street who had been acting as a kind of middle man with the smugglers, and when he heard my story, he said he would try to help me. He wasn’t working with the same guy anymore, and said I didn’t need to pay the full $6,000, just $2,500. So this time I had to call my mother and ask her to find the money for me.