(1/2) My mum always says that she and my dad were fated to be together. His fa… 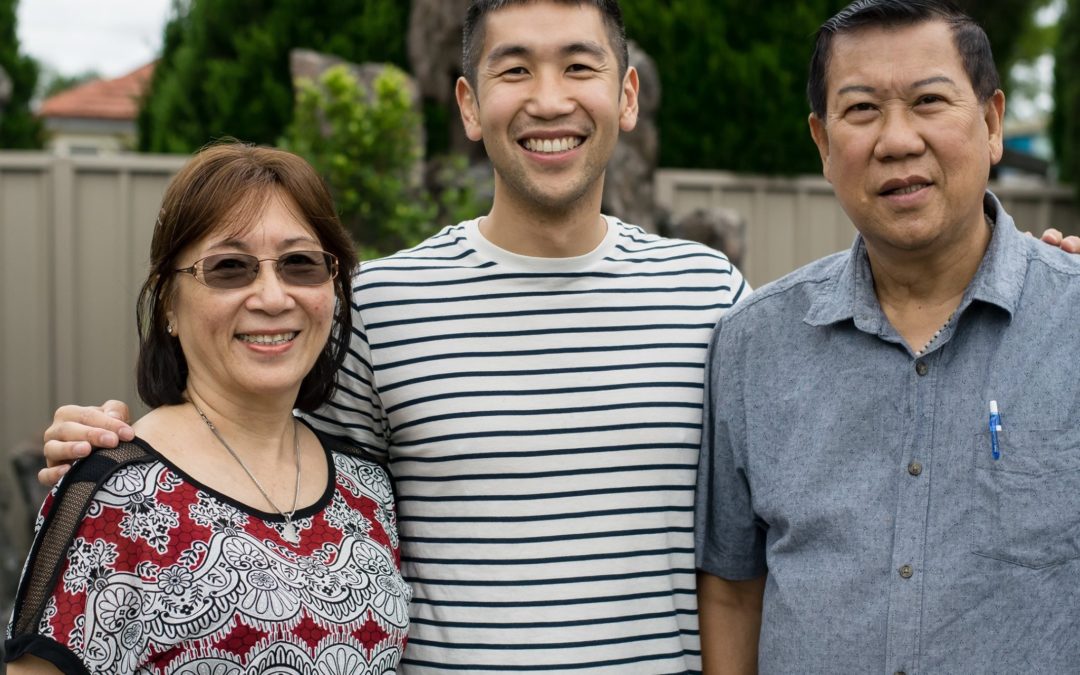 (1/2) My mum always says that she and my dad were fated to be together.

His family weren’t rich. They sold noodle soup from a trolley cart at a train station. But Dad was the brightest of the kids, so when he got into university in Japan, his family invested all their money into him. He was their hope. And because he went to Japan, he was able to escape Vietnamese military service during the war.

Of course he was expected to send money home. So, as well as studying during the day and working as a kitchen hand at night, he would set himself up at four in the morning outside a temple where the tourist buses would come, making things things like Hello Kitty figurines out of plywood. Surprisingly, he did pretty well and made enough money to send back home.

In contrast, my mum’s family were very well off. They had factories and warehouses, and sold supermarket staples. But after the war the Vietnamese government made a big push to get rid of all ethnic minorities, including the Chinese. Twice, the family attempted to get out by boat, but failed. Finally, they ended up having fake French passports made for my mum and three of her brothers, and an Indian benefactor got them into France by pretending they were his adopted children! Then the rest of the family trickled in through different ways.

Mum and Dad had actually gone to the same primary school, but during high school they lost touch. Then, when my dad was in Japan, they became pen pals. According to Dad, Mum wrote the first letter, but according to her, he did!

Every week, he would send her letters describing his life in Japan. Later, when he knew she was interested, he started sending more stuff – a photo album of himself, voice recordings, medicines when she was sick, and books on flower arranging.

She loved that he still remembered details of her from primary school, like how she loved to sing and dance. And she knew that he was smart, hard working, enterprising, and family oriented, all the things she wanted in a future partner. At the time she was also pen pals with another man but soon my dad won her over. They were in love. At first, Dad just wanted her to visit Japan but eventually they got talking about marriage.

Mum had to ask her mum, my Nene, for her blessing. She was afraid that Nene would say no because my dad’s family were poor and Cantonese rather than Hainanese. But after seeing Dad's photo, Nene and my great aunt both agreed that he’d be suitable – the Chinese can tell everything about a person by looking at their face! They also agreed that he was well studied and had the potential to make something of himself. So with Nene's blessing, Mum let Dad know the good news, and his mum then went to meet Nene to make it official.

So with both family's blessings, Mum travelled to Japan to marry my dad, a man she hadn’t seen since he was a boy.